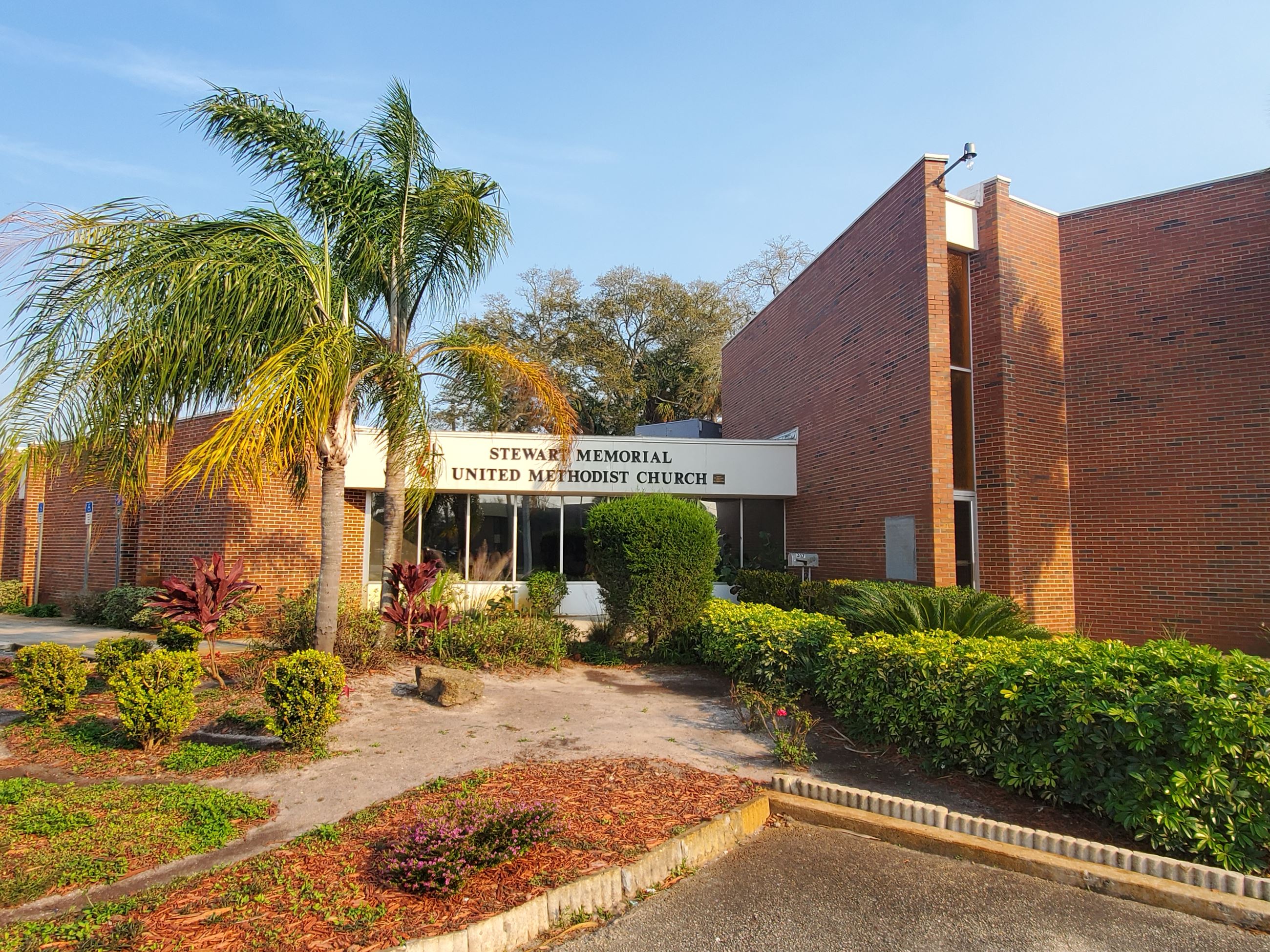 Stewart Memorial Methodist Church was founded in 1893 by Reverend Thomas H.B. Walker. It is not known where the church held its first meetings; however, a small, white building on the corner of Second Avenue (now Dr. Mary McLeod Bethune Boulevard) and Spruce Street was later purchased. Stewart Chapel was built at that location around 1895 with funds donated by the Reverend M. L. Stewart, a retired Methodist minister who wintered in Daytona. The building was named in his honor.

In the 1920s, the original structure was demolished and construction began on a new building. Completion of the new building was delayed by a storm in 1926 which damaged the partially finished walls. The two-story building, finally completed in 1936, contained a sanctuary, choir room, Sunday school, dining room, kitchen and pastor's study. The delay caused by the 1926 storm resulted in a basement being added to the original plans. Initially the basement provided space for church services while the building was being completed, and later it was used as a dining room.

Stewart Memorial moved to a new facility in 1973, and the vacated structure was sold to the City of Daytona Beach and converted into the Richard V. Moore Community Center. Dr. Moore was president of Bethune-Cookman College from 1947 to 1974, and continued to work as a tireless civic leader until his death in 1994.