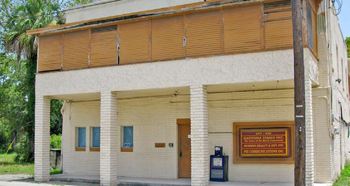 Mr. Cherry, who moved to Daytona Beach in 1952, became one of the community's leading civil rights activists, participating in sit-ins, marches and labor strikes during the 1960s and 1970s to bring about racial integration and social justice. He served as president of the Volusia County branch of the NAACP in 1971, was president of the Florida NAACP from 1974 to 1984, and afterwards headed the local chapter again. Mr. Cherry was elected to the Daytona Beach City Commission in 1995 and served as a city commissioner until his death in 2004.

Following Mr. Cherry's death, his two sons, Charles Cherry II and Glenn Cherry, took over the publication of the Daytona Times and the family's other black-oriented newspaper, the Florida Courier, located in Fort Pierce. The Cherry brothers own Tama Broadcasting, the largest privately black-owned media company in Florida, which consists of the Daytona Times, the Florida Courier, plus 11 radio stations in Florida, Georgia and South Carolina.