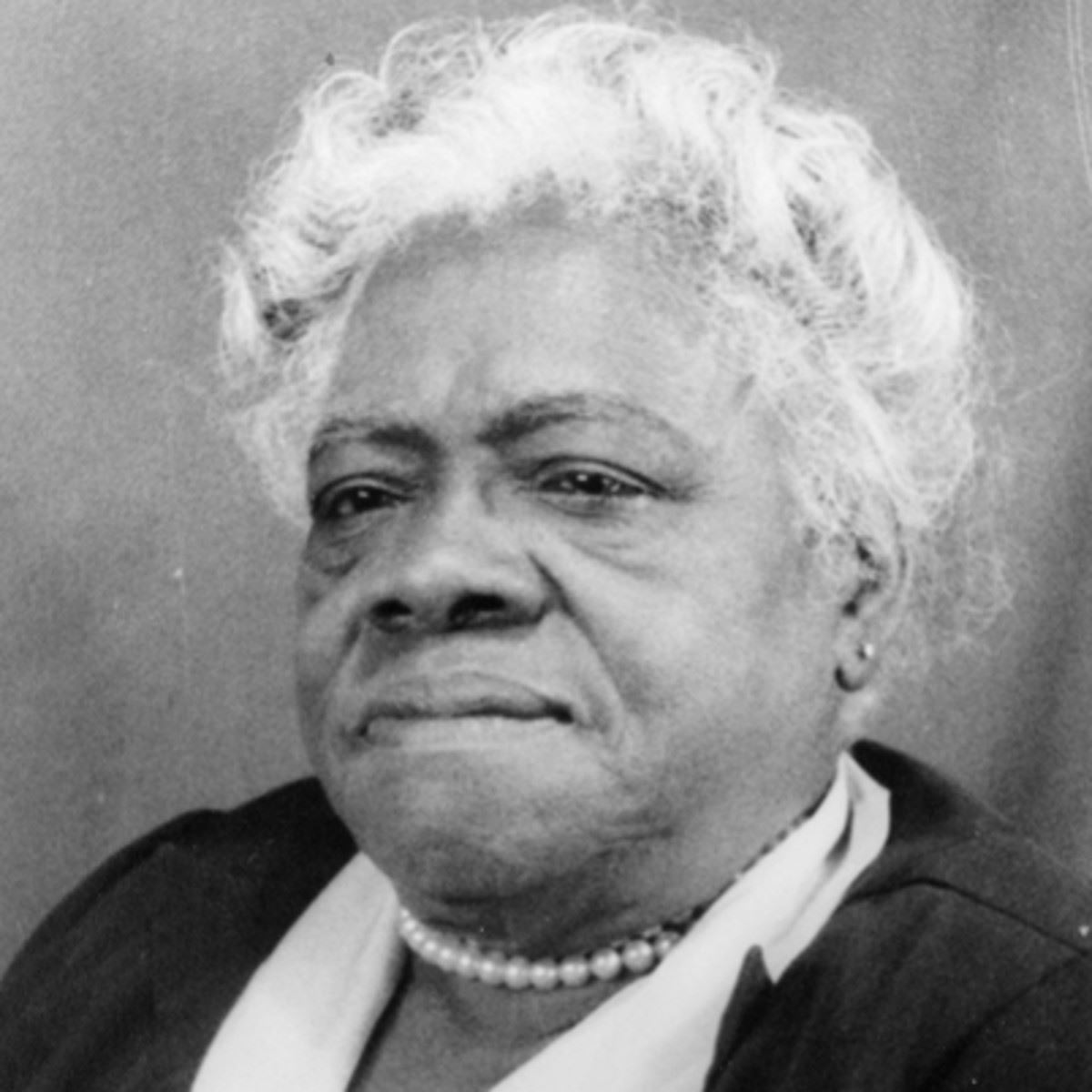 r. Mary McLeod Bethune was an internationally renowned educator. She founded Bethune-Cookman College and served as its first president.

Prior to finding the renowned university, Dr. Bethune opened the Literary and Industrial Training School for Negro Girls in 1904 with just $1.50 and six students. The school served as a place to educate the children of black railroad workers in Daytona Beach. By 1910, 102 students enrolled to study home economics, science, business, high school courses and bible studies.

Dr. Bethune’s accomplishments ranged far beyond the college and the field of education. In 1935, she founded the National Council of Negro Women, and also that year she was awarded the NAACP's prestigious Spingarn Medal for distinguished merit and achievement. In 1936, Dr. Bethune became the highest ranking African American administrator in the federal government after being appointed director of the National Youth Administration's Office of Minority Affairs by President Franklin Roosevelt. In 1945, she was chosen by the U.S. State Department to serve as an official consultant at the San Francisco Conference, where the United Nations Charter was drawn up and signed.

Dr. Bethune lived in her home, just west of BCU’s campus, until her death on May 18, 1955. The home was declared a national historic landmark by the National Park Service in 1975. 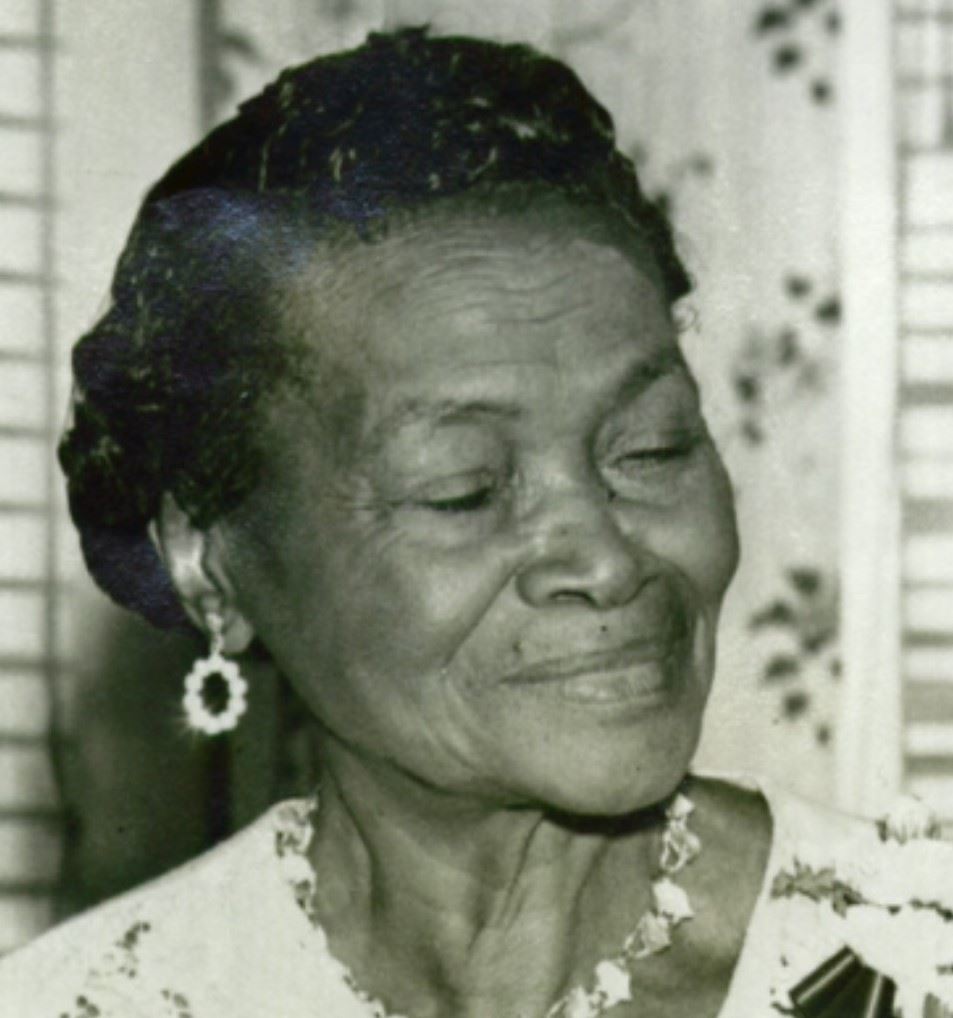 Mary Evelyn Bonner was the first and longest-serving principal of Cypress Street Elementary School, later renamed Bonner Elementary School. She headed the school from 1927 to 1959. Before her tenure, Bonner taught at Campbell Elementary for 16 years. Following her retirement, Bonner continued to visit the school almost daily until her death in 1977 at the age of 85. 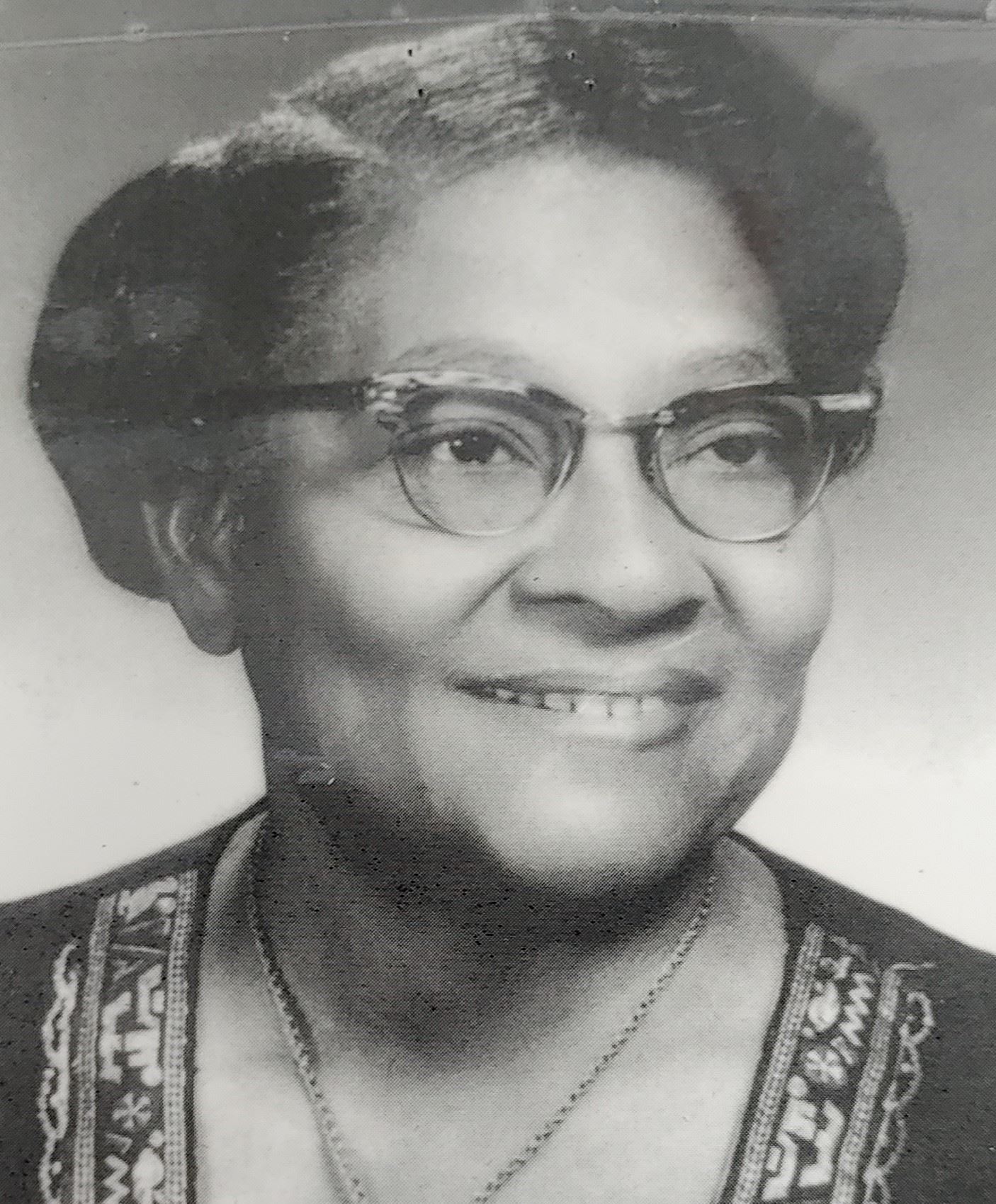 Rose Marie Bryon came to Daytona Beach with her family in 1924 from White Springs, Florida. After graduating from Bethune-Cookman College, she embarked upon an illustrious teaching career in the public schools that spanned 42 years.

In 1946, she organized the first Halloween party at the Cypress Street Recreation Center, where 253 children convened for Bible stories and refreshments. In 1947, she organized the Children's Crusade for Christ, which included a Boys Club, gardening and temperance leagues. She fought a yearlong battle in 1948 to equalize the pay of black and white teachers. At the time, black teachers earned only half as much as white teachers.

Byron built the Rose Marie Byron Children’s Center (625 South St.), a stop on the city’s Black Heritage Trail, in 1967. She raised one biological daughter, Joy, and 30 foster children, instilling in them a love for reading, education, volunteerism and the love of God. 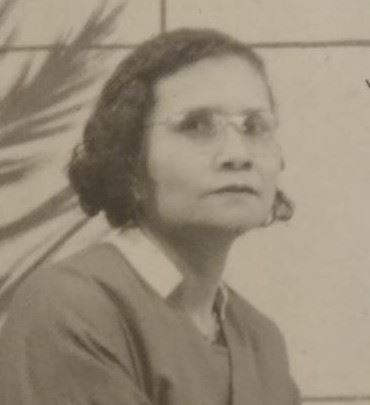 Minnie Wiggins Campbell and her husband Leigh Campbell owned the historic Campbell Hotel, a stop on the city’s Black Heritage Trail, during the 1950s. Campbell Hotel, located at 541 Dr. Mary McLeod Bethune Blvd., was one of the few black hotels in Daytona before the passage of the 1964 Civil Rights Act that allowed Blacks to be freely admitted to hotels, motels, restaurants and clubs. 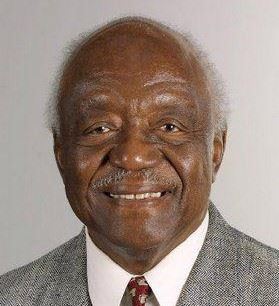 Charles W. Cherry Sr., who served in the Korean War, was the founder of local newspaper Daytona Times and Florida Courier. Cherry dedicated much of his life toward improving the lives of underprivileged members of the black community. As owner of 11 radio stations, Cherry used his media holdings to highlight the positives of the black community. He was also president of the Florida and Volusia County chapter of the NAACP, as well as served on the Daytona Beach City Commission.

In 2014, Cherry was inducted into the Florida Newspaper Hall of Fame. 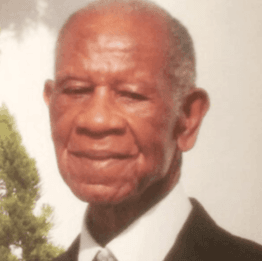 Dec. 13, 1915 – March 7, 2020
Collins was born in 1915 in Quincy, Florida and graduated from Stephens High School. Collins earned his “Coach Rip’’ nickname because of his ability as a baseball hitter and fielder.

A football college scholarship brought him to Daytona Beach where he matriculated at Bethune-Cookman College (now University) for two years. He then transferred to Clark in Atlanta, Ga. He was drafted into the U.S. Army. Upon being honorably discharged, Collins returned to Bethune Cookman and received a bachelor’s degree. He graduated in 1947, the last year founder Dr. Mary McLeod Bethune served as president.

He was inducted into the Florida Football Coaches Hall of Fame in 1985, and has been a member of other professional, social and civic organizations. He also has received numerous awards as a coach and educator and is a life member of Alpha Phi Alpha Fraternity. 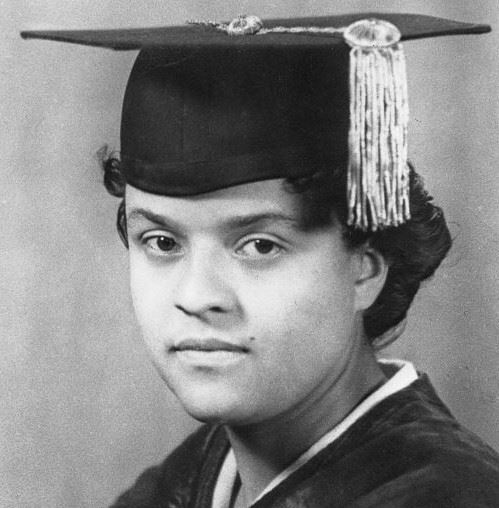 Dr. Evelyn Stocking Crosslin was the first African American woman to practice medicine in Volusia County. She graduated from Bethune-Cookman College and since African Americans were not admitted to Florida medical schools at the time, Dr. Crosslin earned her medical degree from Meharry Medical College in Tennessee.

After marrying Dr. Neill Crosslin, she practiced for 47 years at Halifax Medical Center as well as operated her own practice. Dr. Crosslin and her husband were credited with providing quality medical services to those who could not afford private medical care. 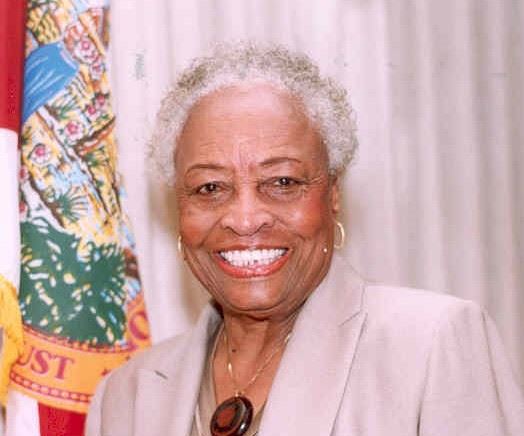 Born in 1926, Mayor Yvonne Scarlett-Golden was a native of Daytona Beach. In 2003, she became the first Black mayor to be elected and only the second women to be mayor. Prior to becoming mayor, she served four terms (eight years) as city commissioner of Zone 5 (1995 through 2003).

She attended elementary schools at Campbell and Kaiser Laboratory, respectively, and graduated from Campbell Senior High. She received a Bachelor of Science degree, with honors, from Bethune-Cookman College. She was an educator for more than 38 years, continuing her career in San Francisco before retiring and moving back to Daytona Beach.

What motivated her political career was her devotion to her native city, where she grew up during an era when she couldn't even visit the World's Most Famous Beach because of segregation. But she learned much from her mentor, the civil-rights pioneer Mary McLeod-Bethune, about the importance of public service. 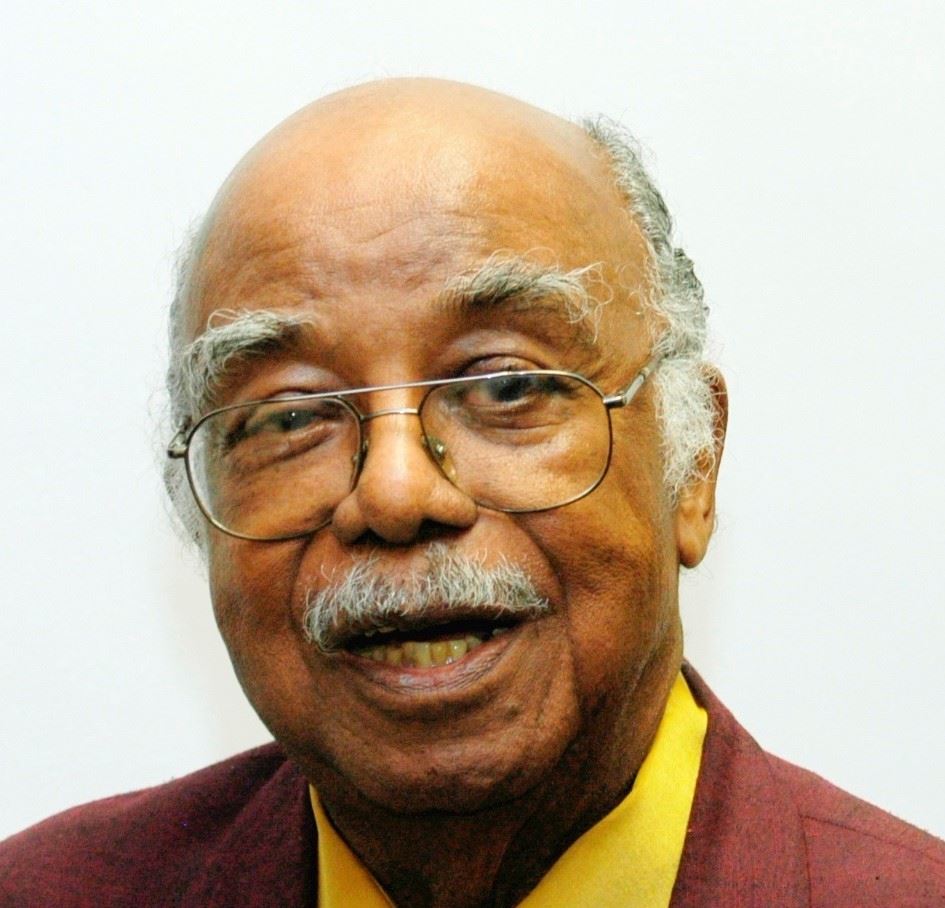 Jan. 15, 1915 - Oct. 14, 2016
James Ermine Huger, Sr. was the city’s first Black city commissioner, serving from 1965 to 1971. He was also Volusia County Council’s first Black council member and went on to become chair. He was an educator, activist, elected official, administrator and humanitarian.

With encouragement from Dr. Mary McLeod Bethune, Huger attended Bethune-Cookman College. Prior to becoming a commissioner, Huger was the college’s business manager for 40 years. 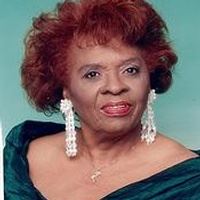 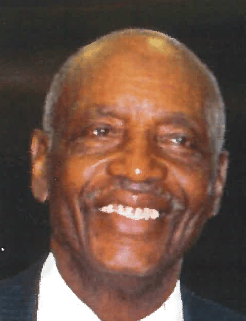 Dec. 10, 1925 - June 5, 2009
Merrell Charles Lloyd was a Daytona Beach native who founded Lloyd’s Electric, acclaimed as one of the leading electrical companies in Florida. He attended Bethune-Cookman College and was a World War II veteran.

He was a former member of the Board of Trustees at Bethune-Cookman College and chaired the Building and Grounds Committee. Additionally, he served on the boards of several banks in the Greater Daytona Beach community. 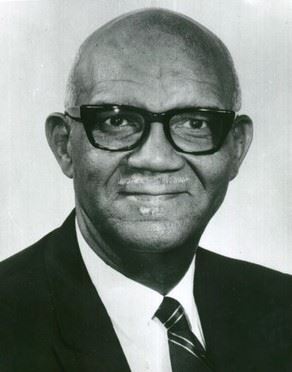 Nov. 20, 1906 – Jan. 2, 1994
Dr. Richard V. Moore Sr. was the third president of Bethune-Cookman College from 1947 to 1975. During his 28-year tenure, the college grew from 400 to 1,200 students, tripled the number of buildings, increased its endowment by the Southern Association of Colleges and Schools, and joined the United Negro College Fund.

He died on Jan. 2, 1994 and is buried on BCU’s campus. BCU’s 3,000-seat multi-purpose arena, Moore Gymnasium, is named after him. He also has a memorial plaque in front of the Richard V. Moore Community Center located at 554 Dr. Mary McLeod Bethune Blvd. 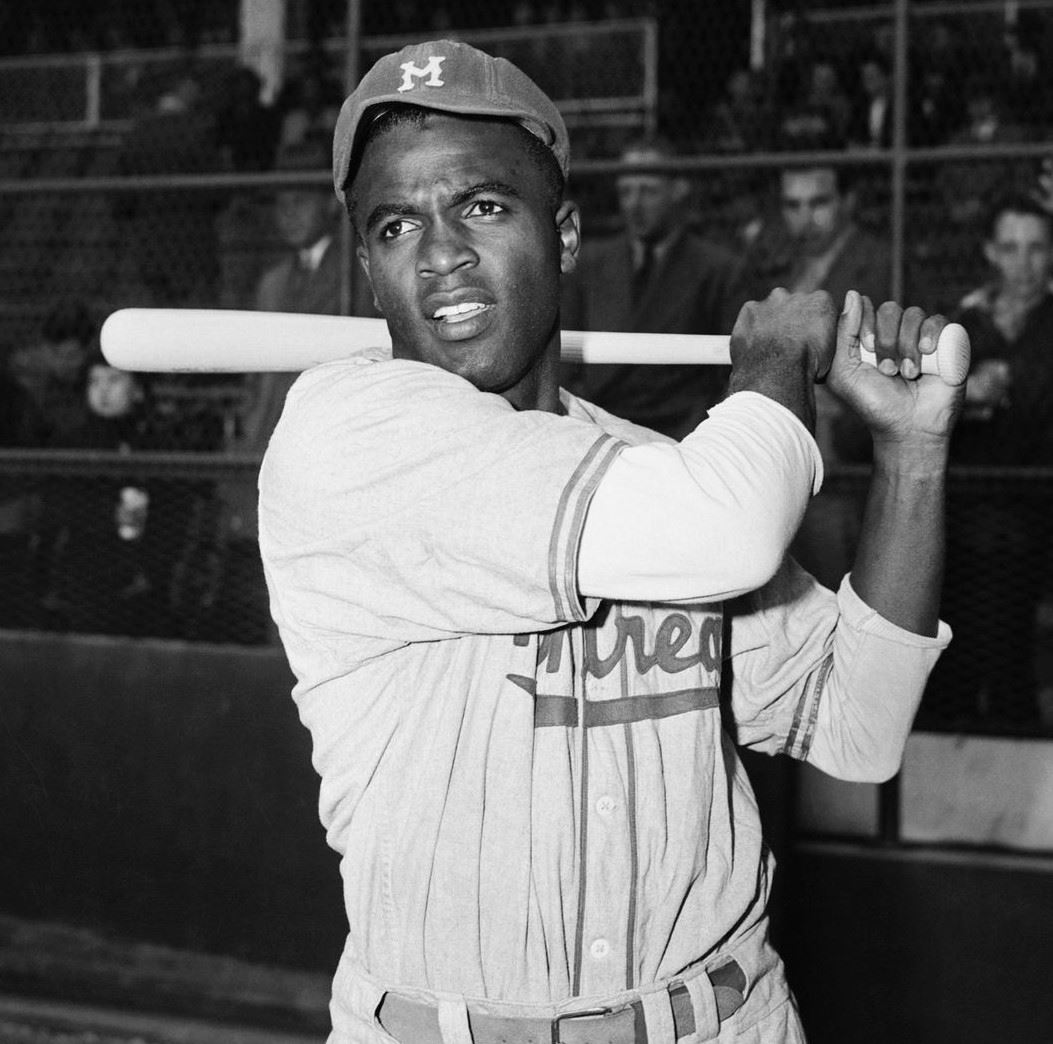 Jan. 31, 1919 – Oct. 24, 1972
Jackie Roosevelt Robinson was a professional baseball player who became the first African American to play in Major League Baseball on April 15, 1947. He integrated spring training the year before at the historic Jackie Robinson Ballpark, a stop on the city’s Black Heritage Trail. The ballpark has a commemorative bronze statue of Robinson as well as a dedicated museum.

During his 10-year MLB career, Robinson won the inaugural Rookie of the Year Award in 1947 and was the first Black player to win the National League Most Valuable Player Award in 1949. He played in six World Series and contributed to the Brooklyn Dodgers’ 1955 World Series Championship. 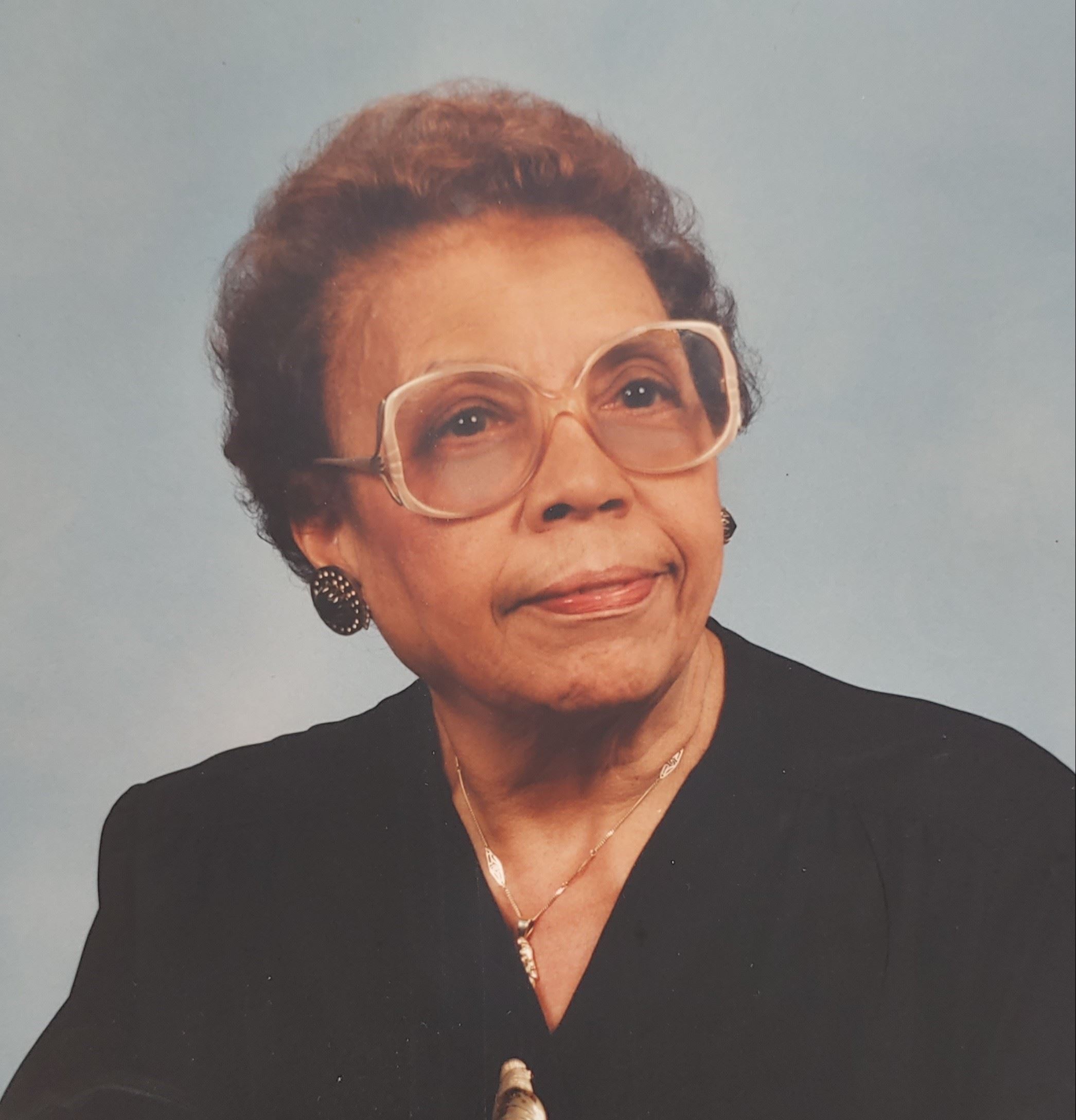 LeRosa Smith was the first Black woman to serve as an assistant superintendent of schools in Volusia County and a trailblazer in the integration of Volusia County Schools.

Her 36-year career began with a job teaching English and social studies at the former Campbell High School. She was involved in education during the time of the tremendous change in Volusia County in which all Black schools were eliminated and integration of student and staff began in 1969.

She was leader in guiding the county’s school system through the turbulence of the period before retiring in 1985. 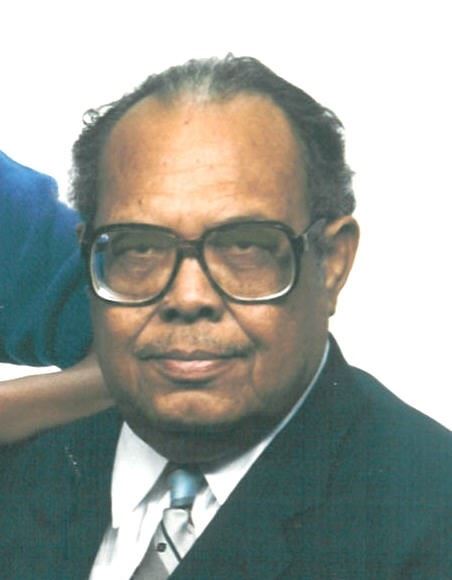 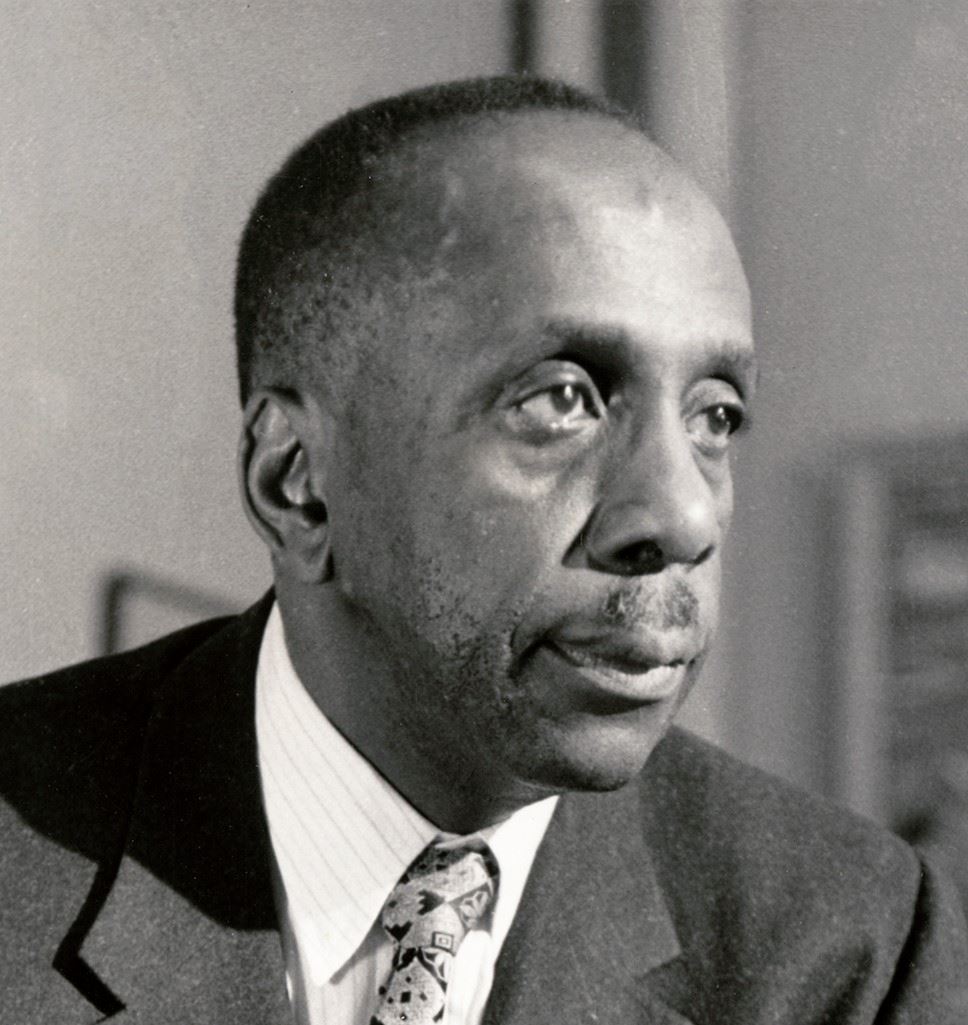 Thurman was the first Dean of Rankin Chapel at Howard University and a co-founder of the Church for the Fellowship of All Peoples, the first racially integrated church in the United States. In 1953, he became the first Black Dean of Chapel at a majority white college or university when he accepted the position of Dean of Marsh Chapel at Boston University.

His childhood home is a stop on the city’s Black Heritage Trail at 614 Whitehall St.