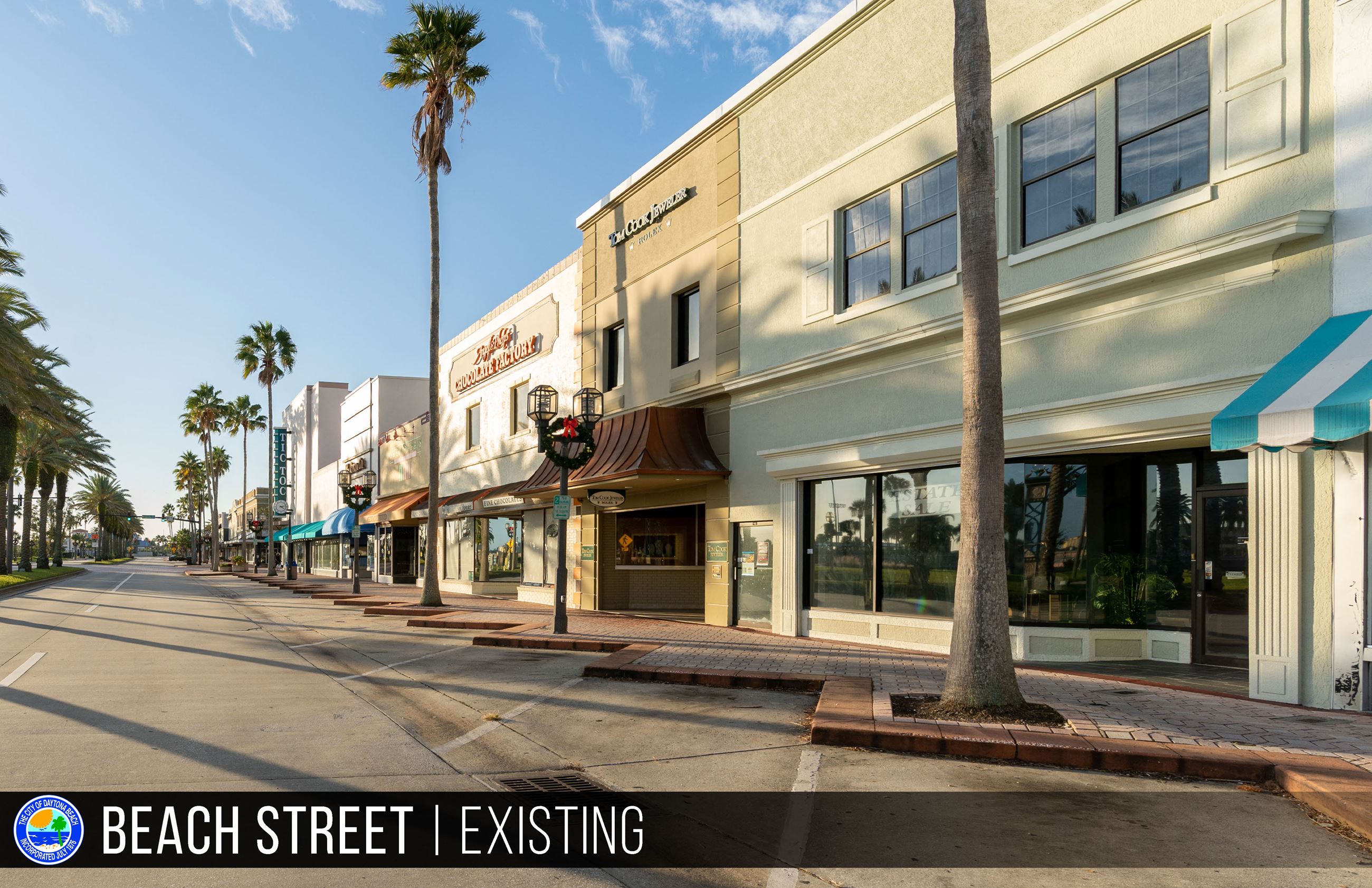 Improvements to beautify and improve safety along Beach Street from Orange Avenue to Bay Street. The streetscape widens sidewalks in front of storefronts, offers new and brighter lighting and reconstructs the decorative arches damaged by Hurricane Irma. The project also adds an additional parking spaces along Beach Street and reduces the traffic lanes to two lanes in an effort to slow traffic.

For more information or to sign up to receive updates, email BeachStreetInfo@codb.us. 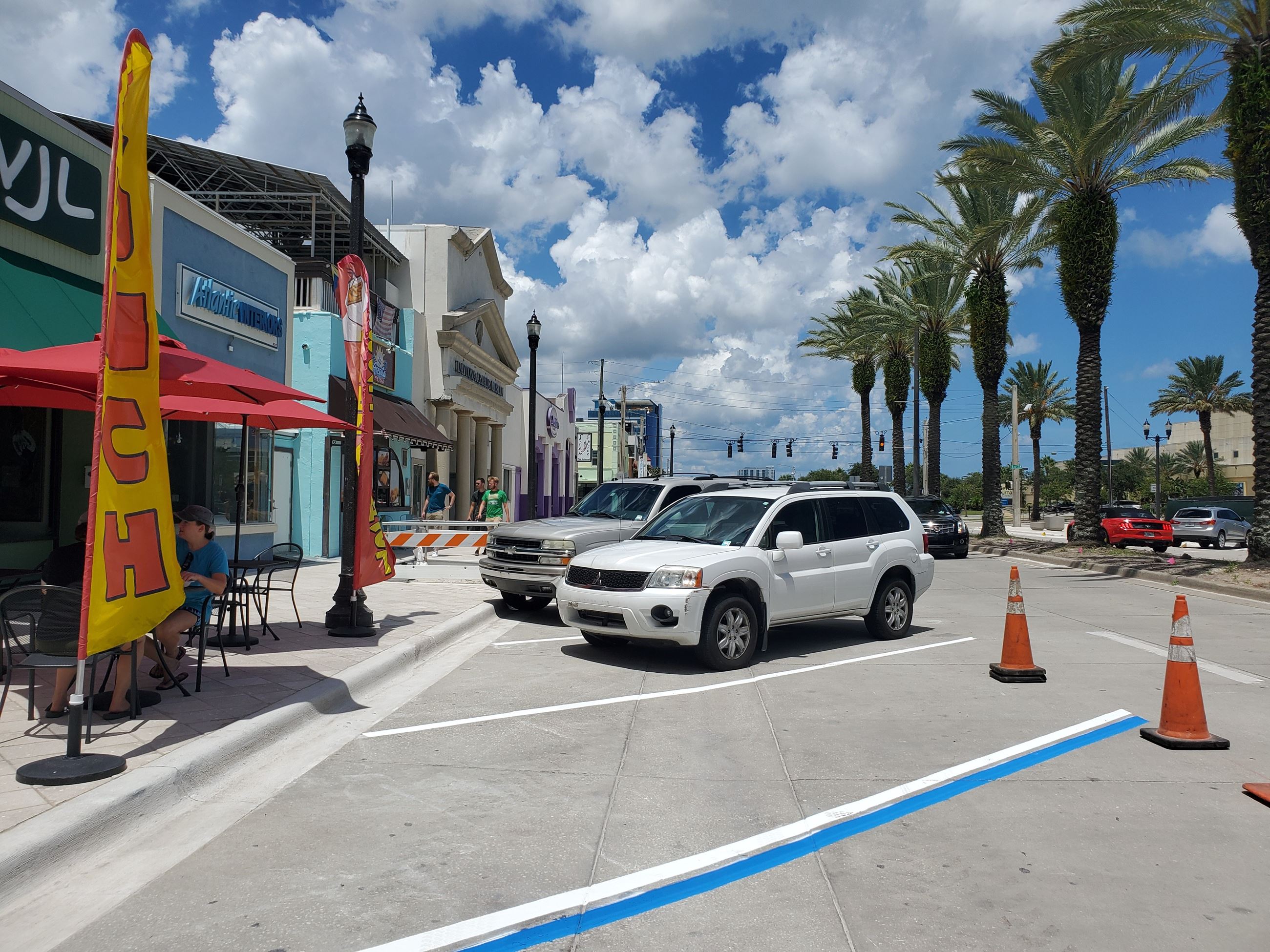 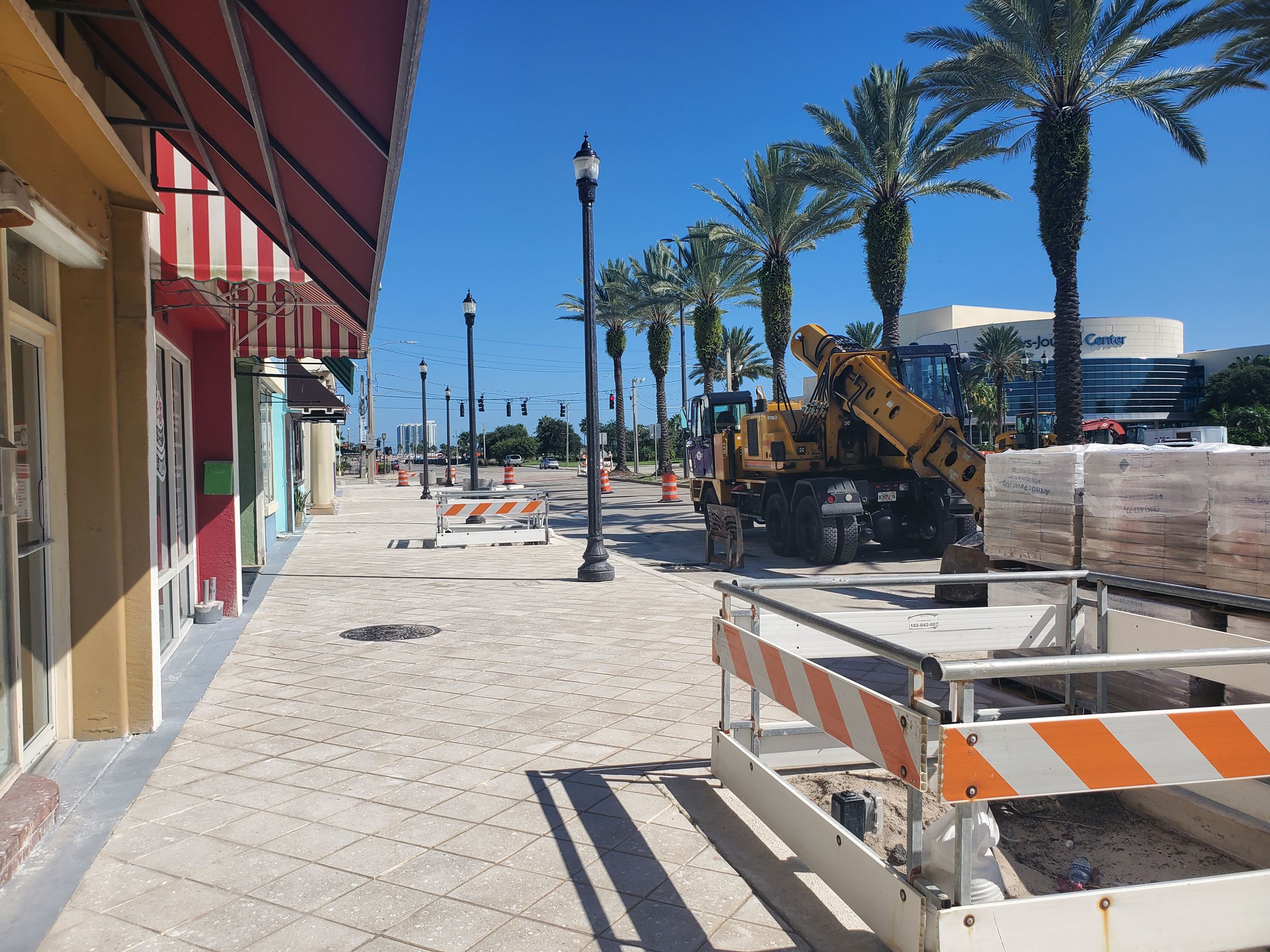 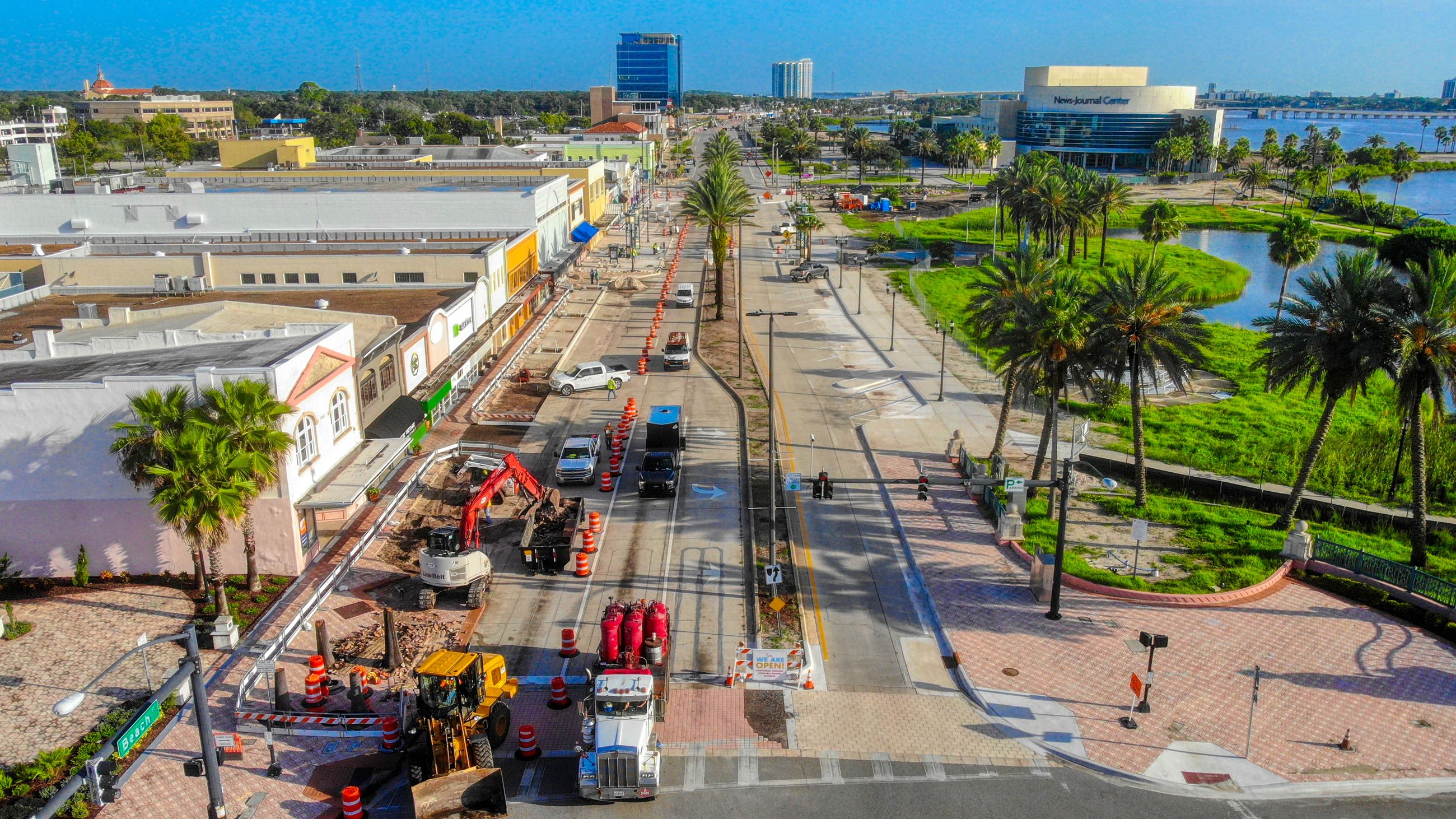 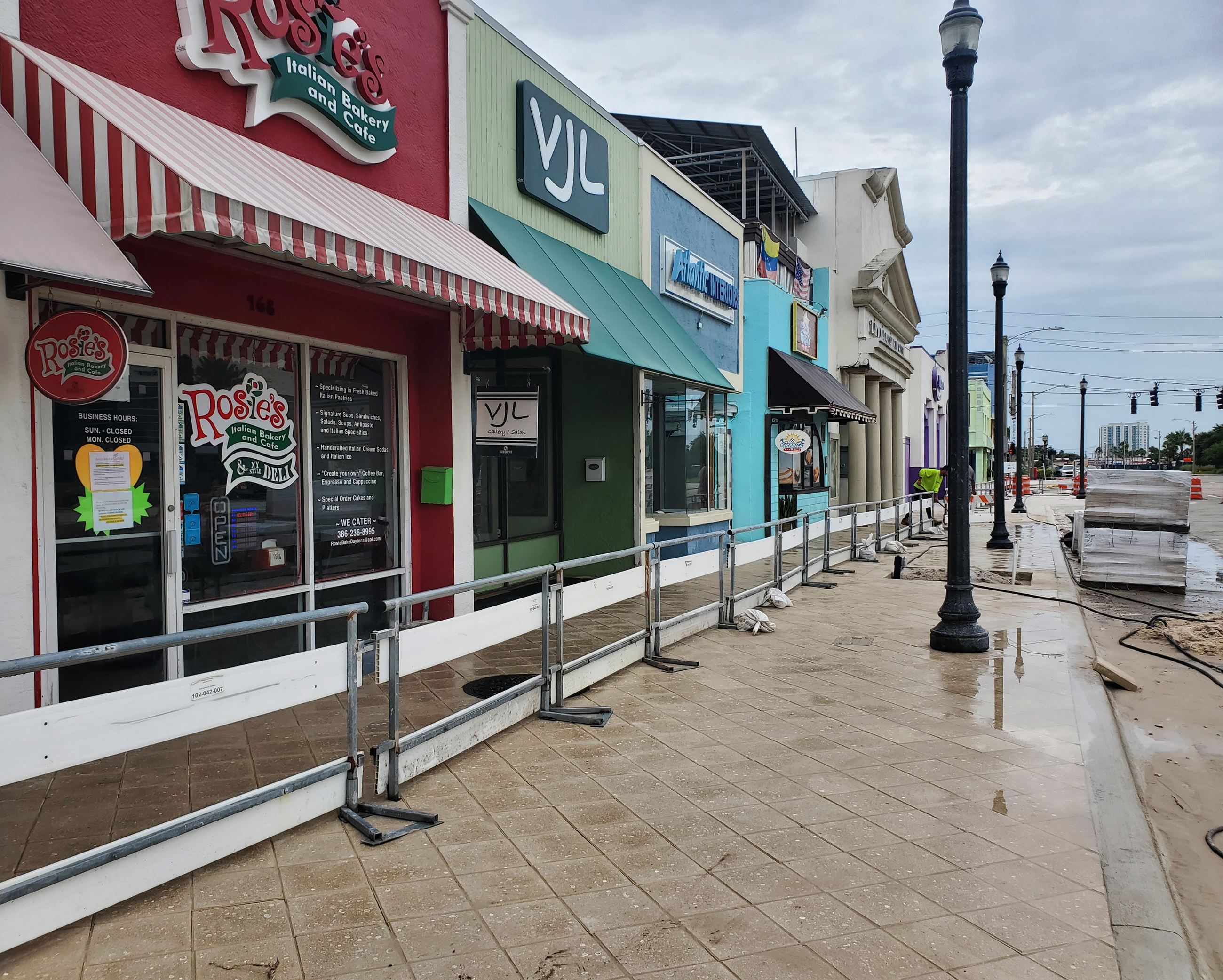 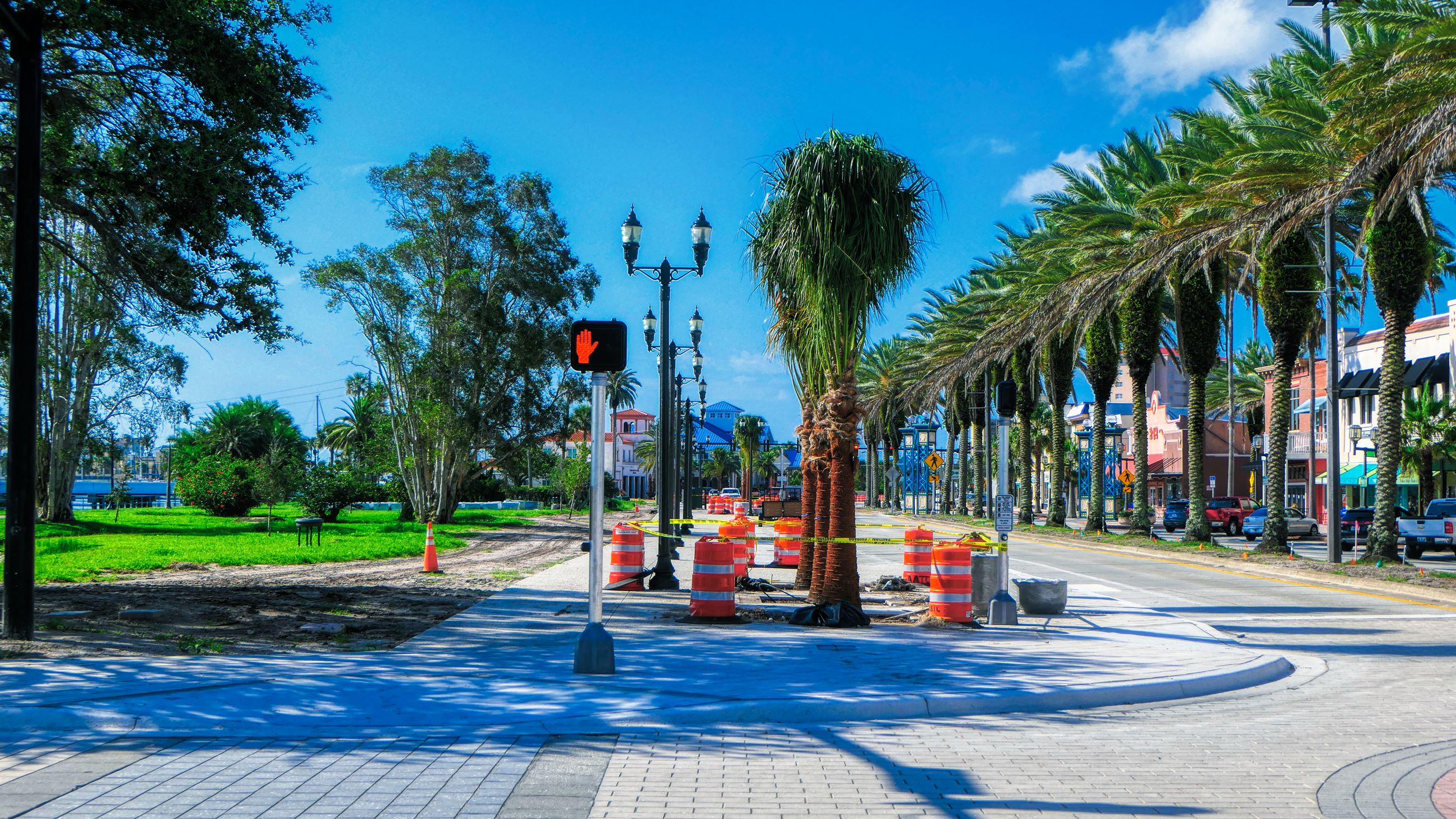 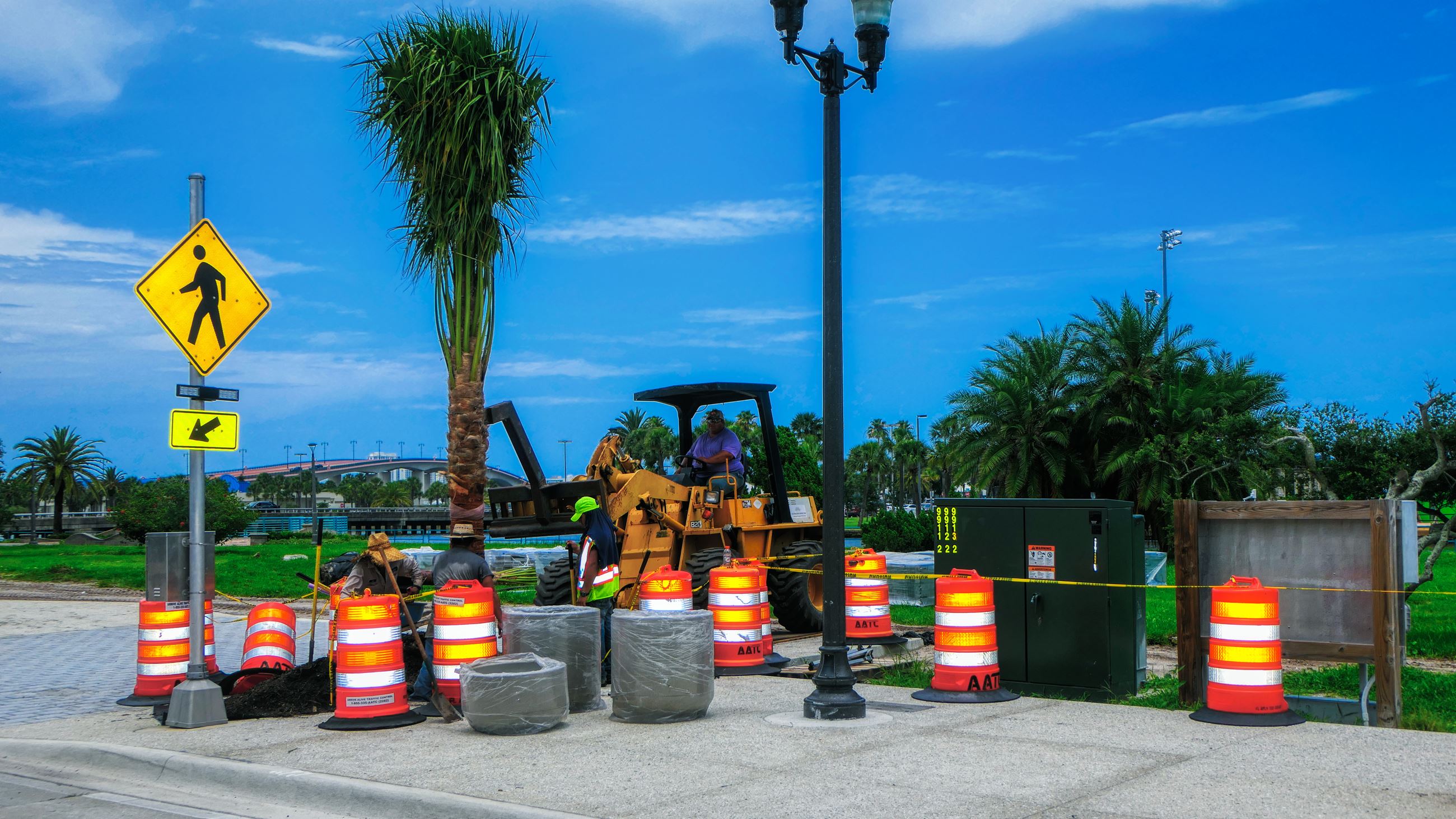 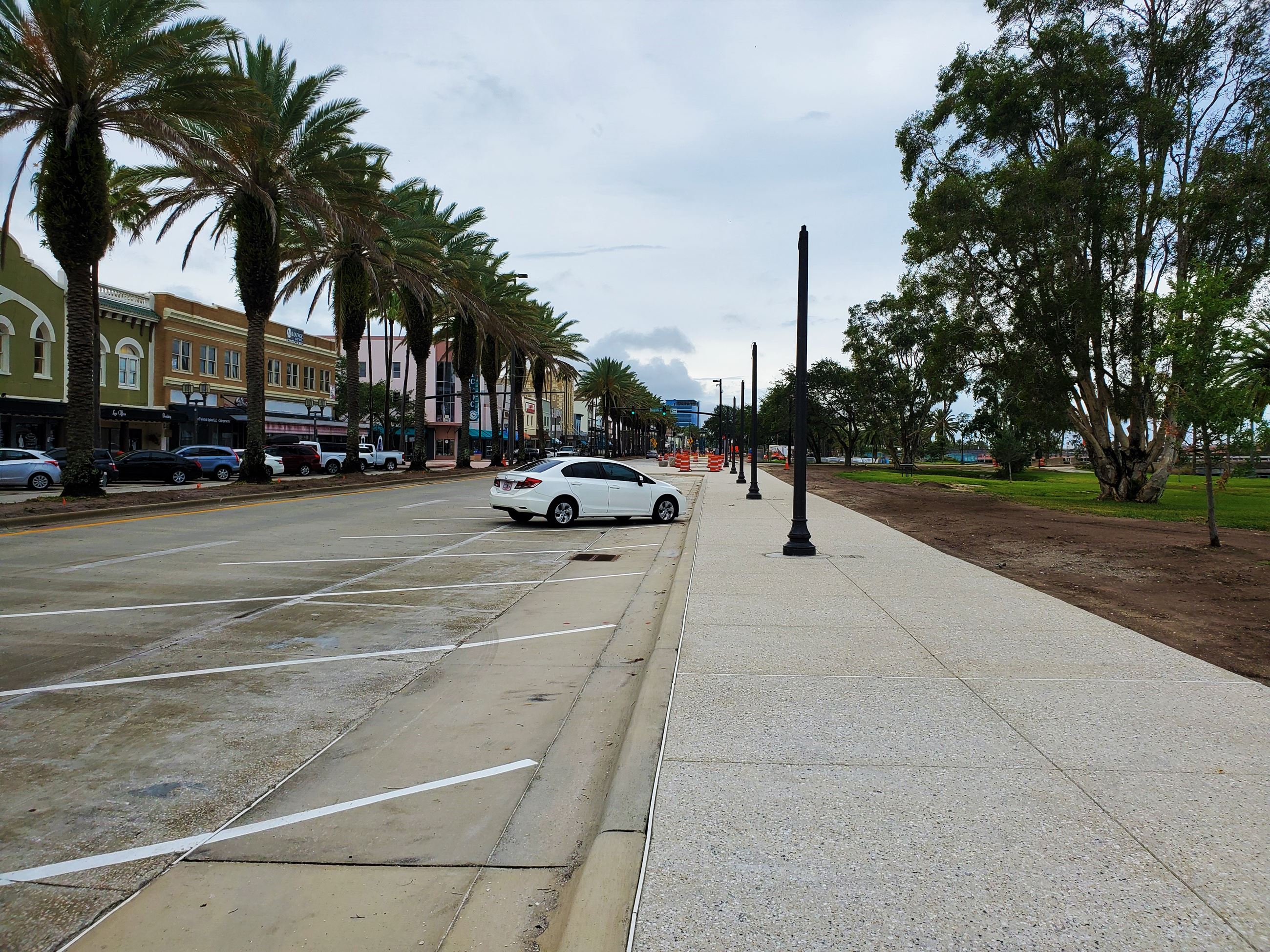 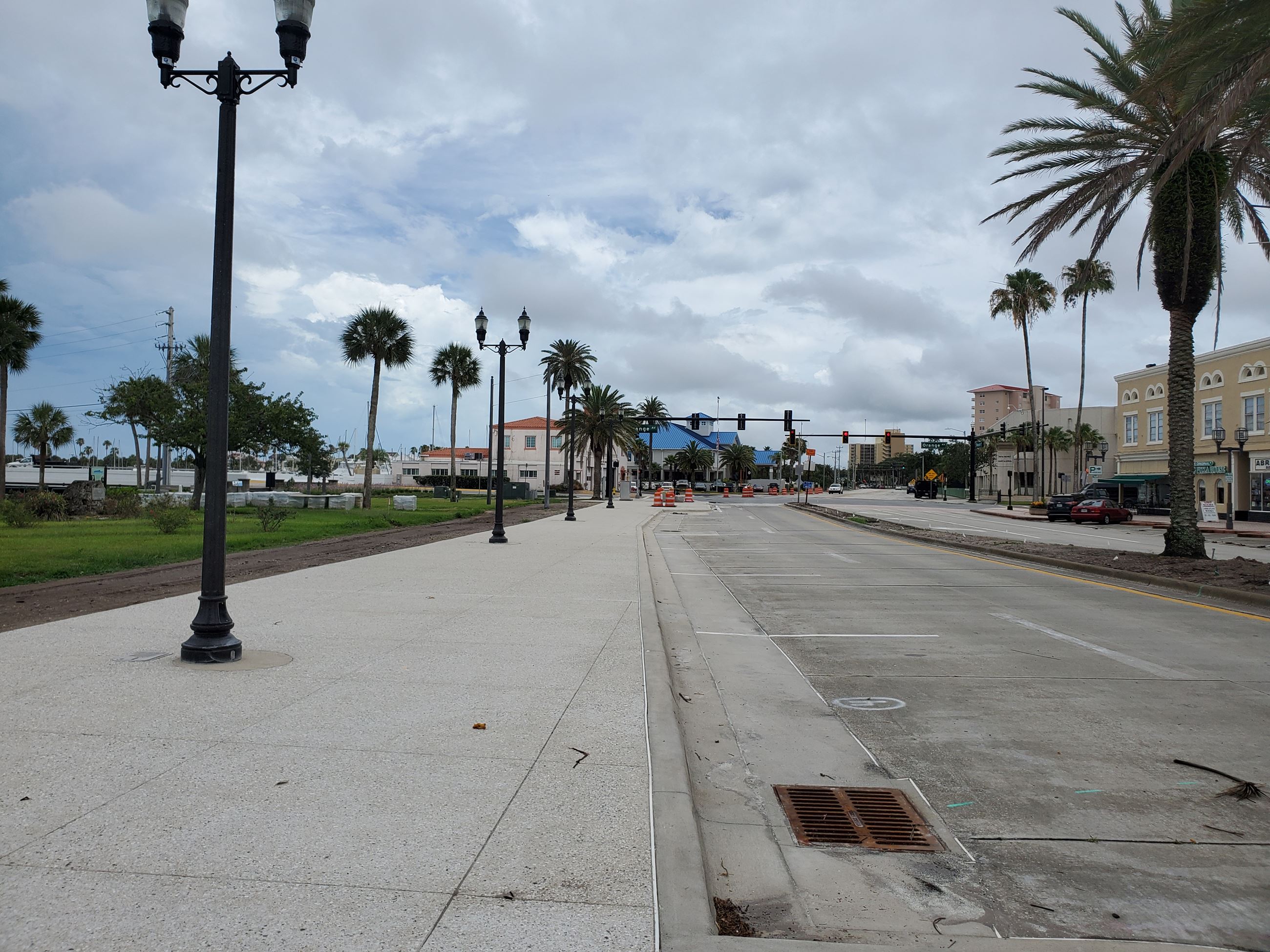 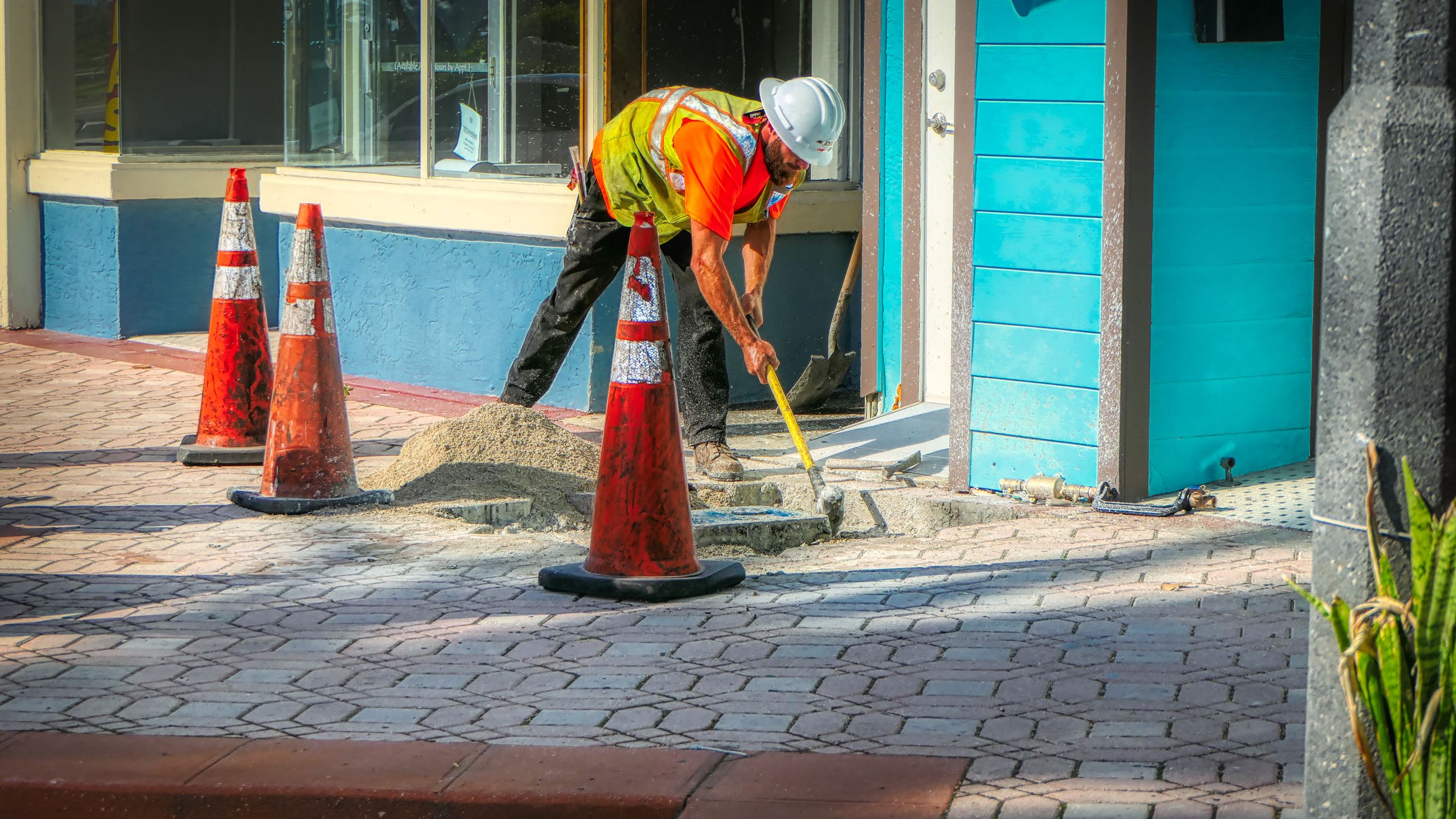 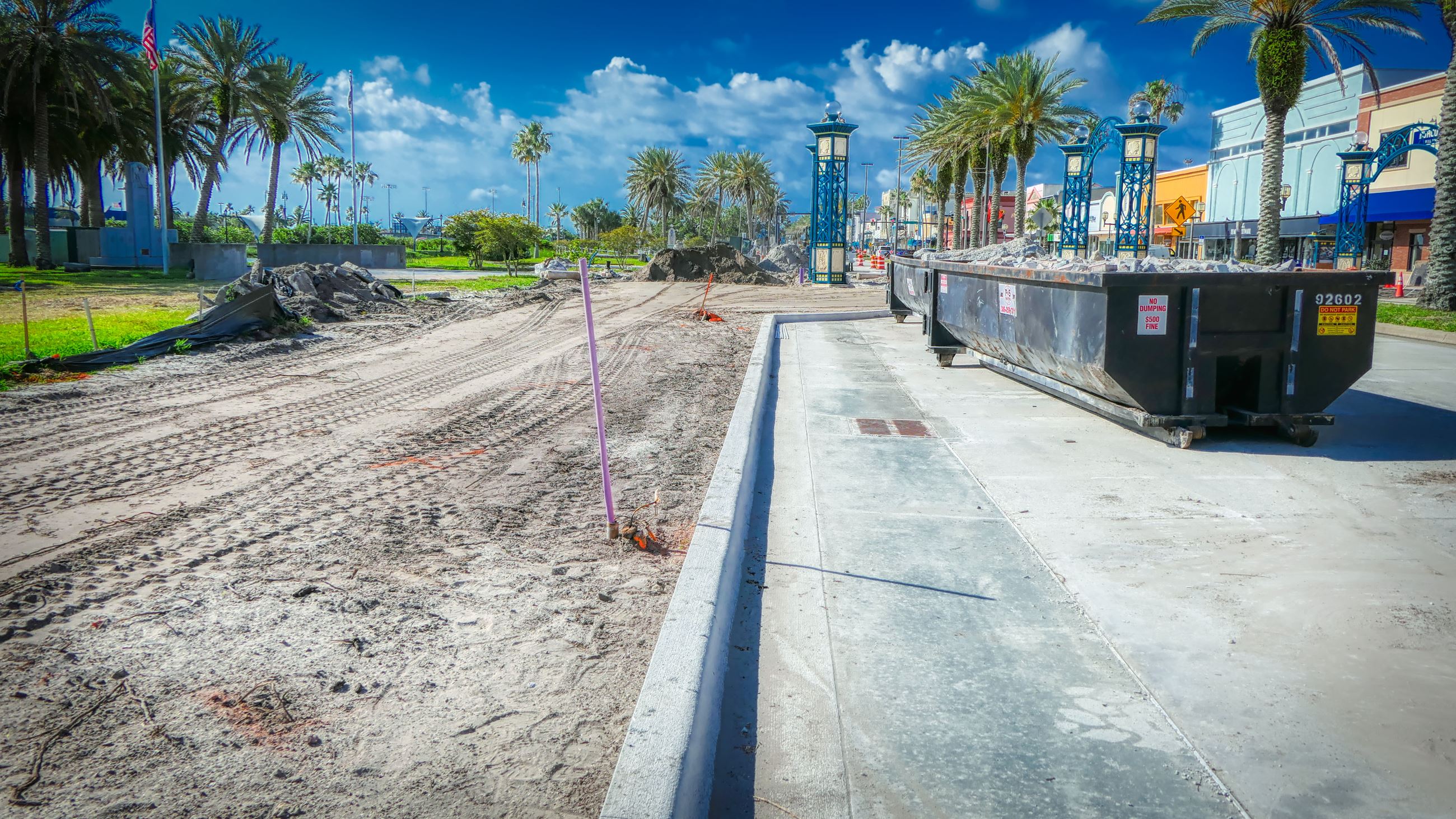 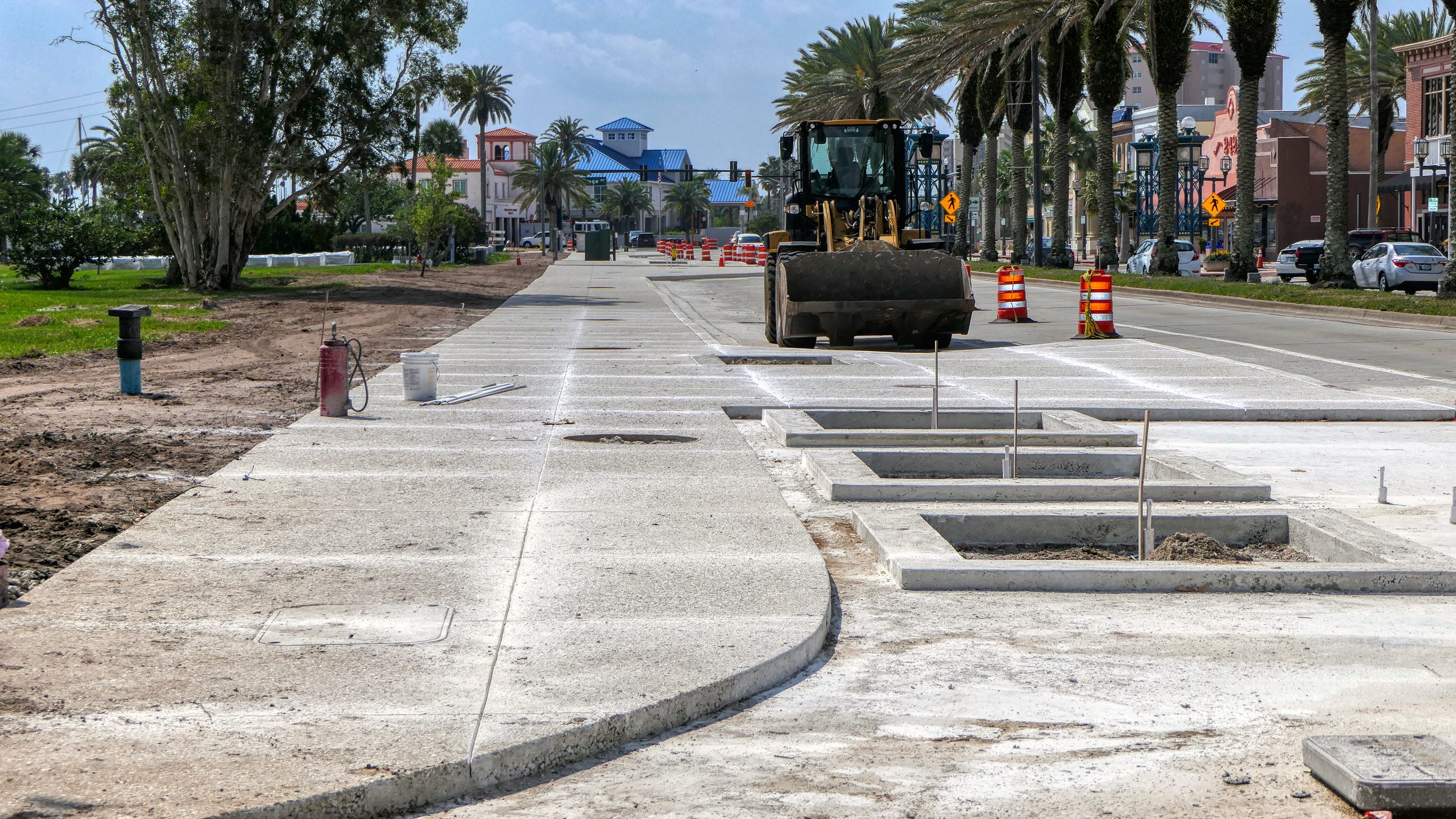 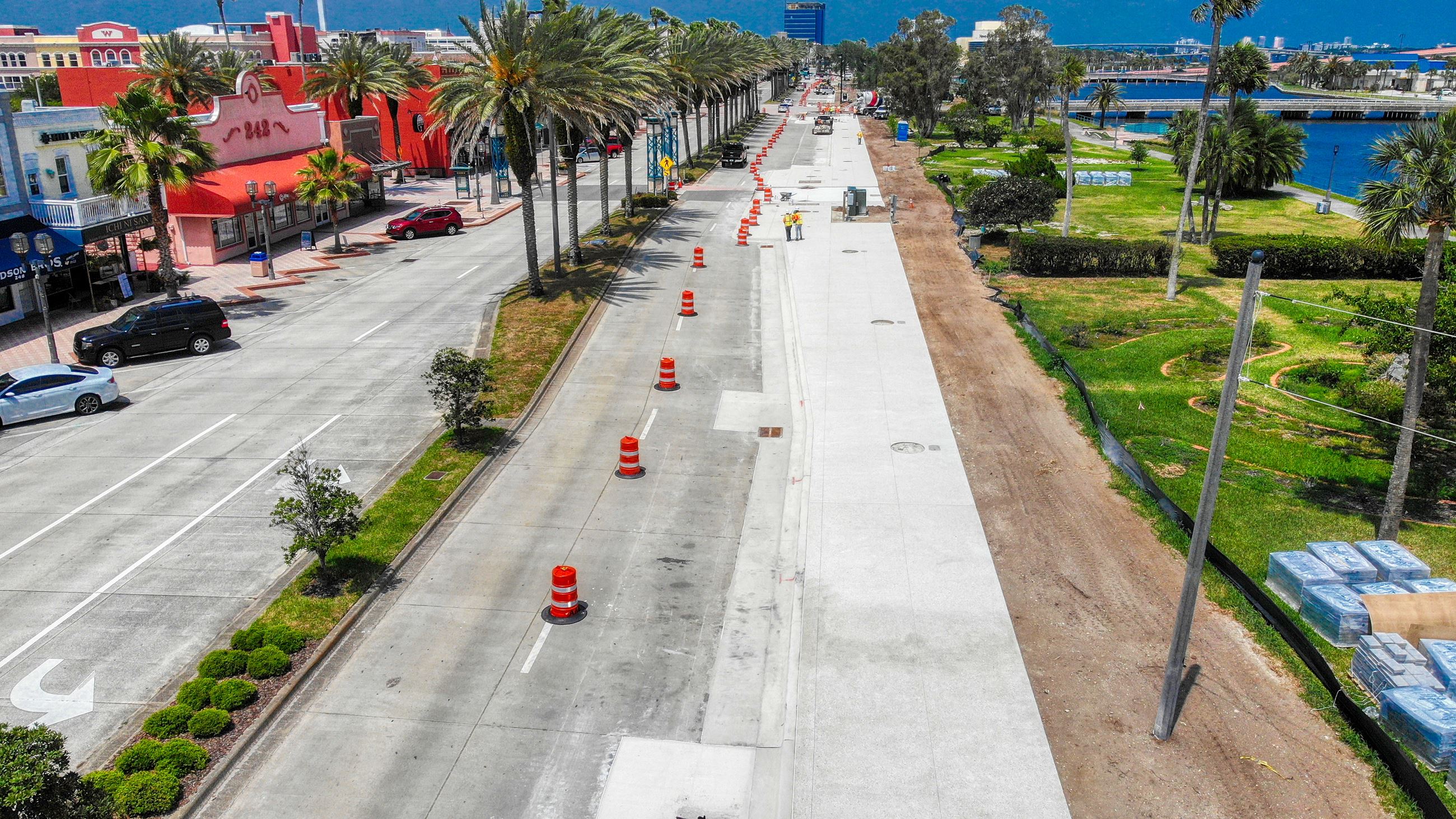 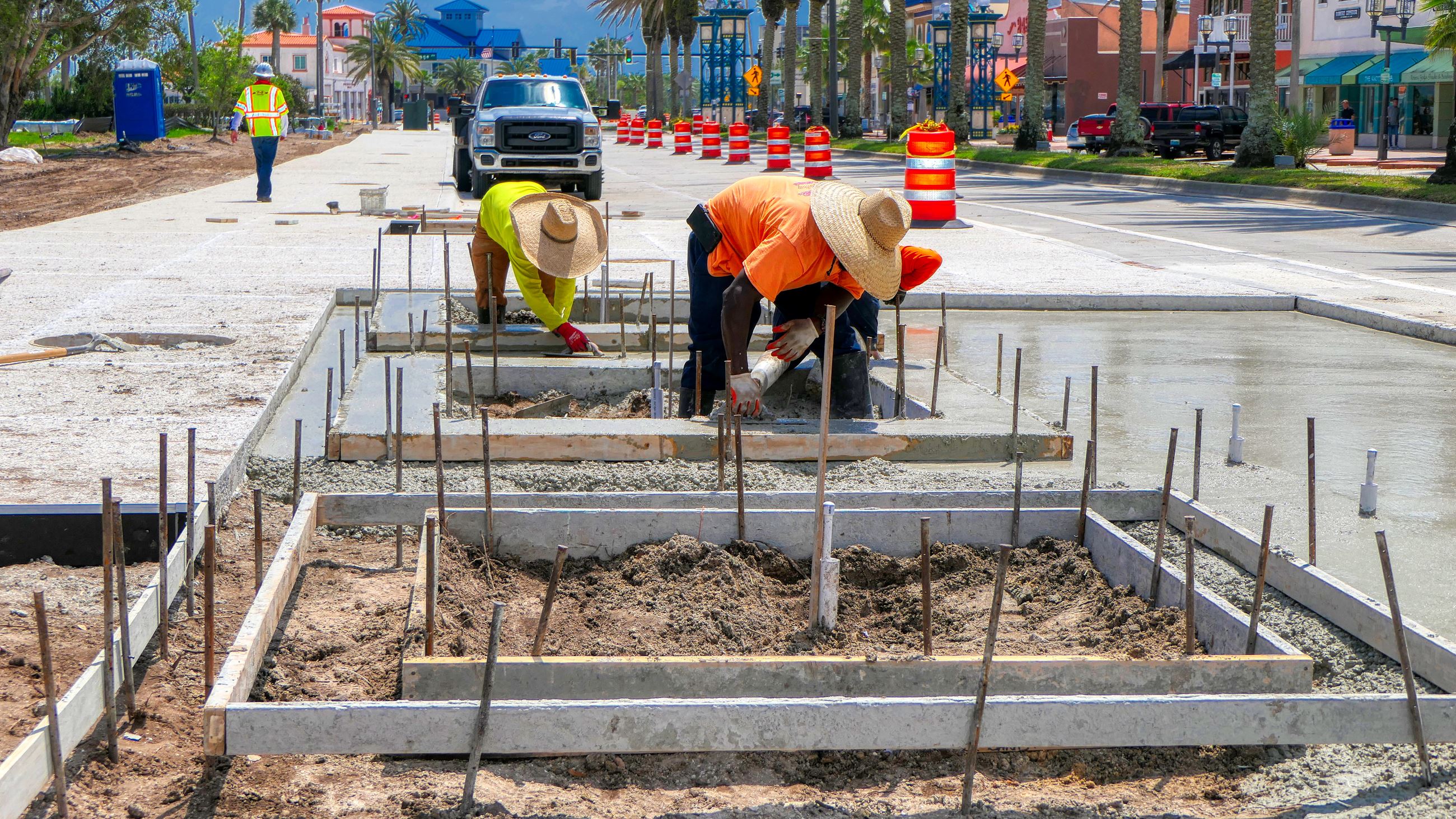 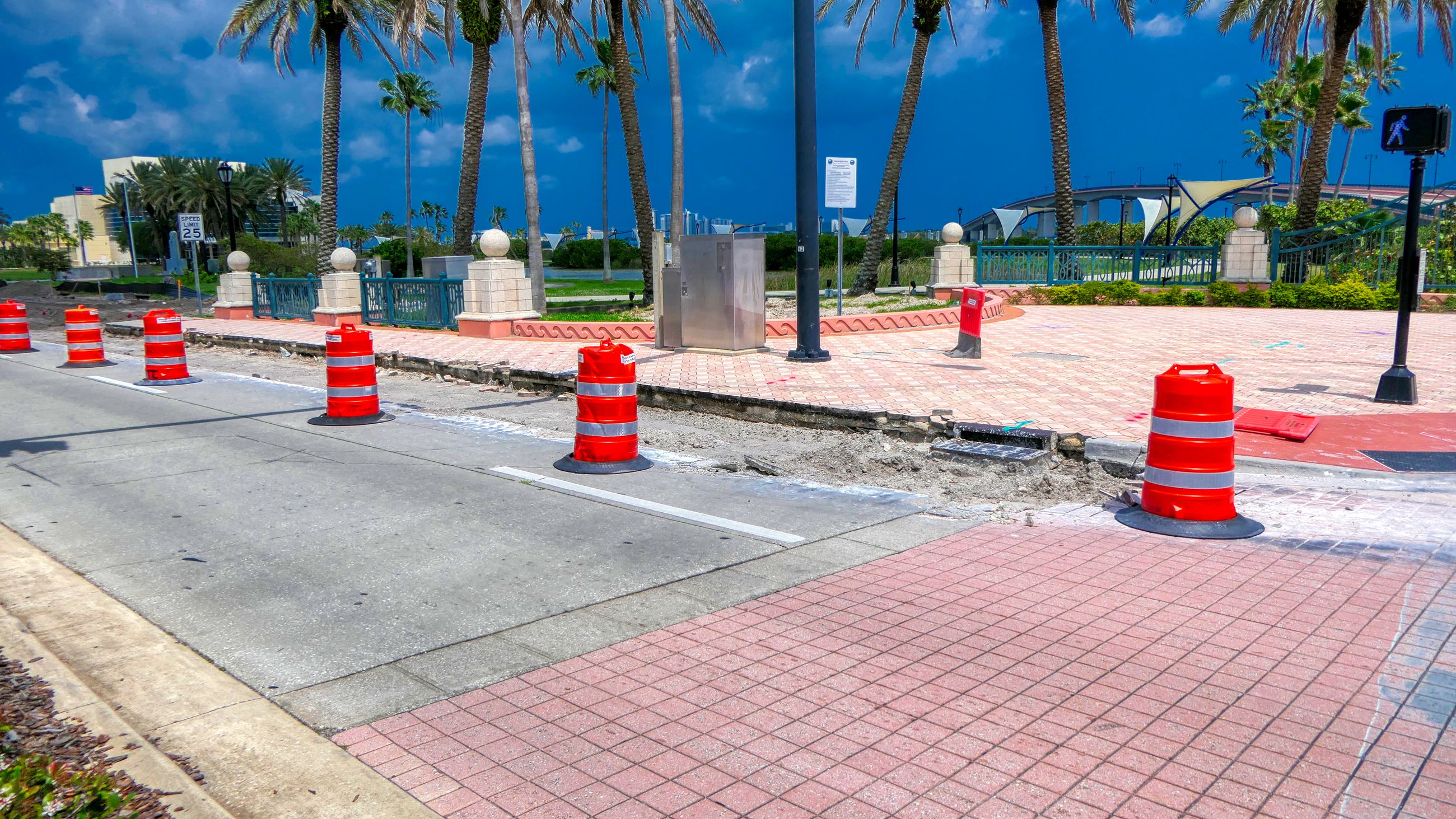 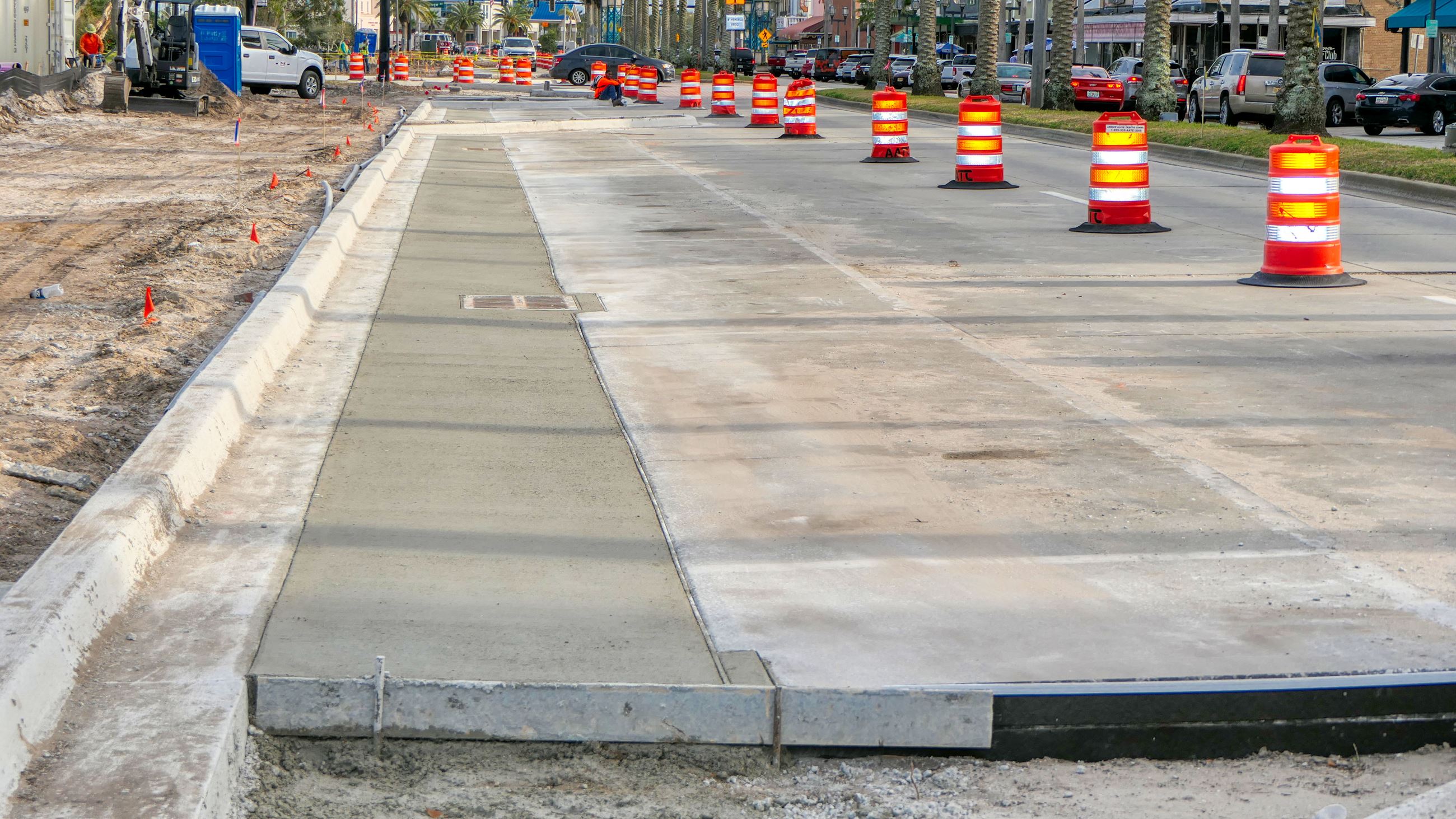 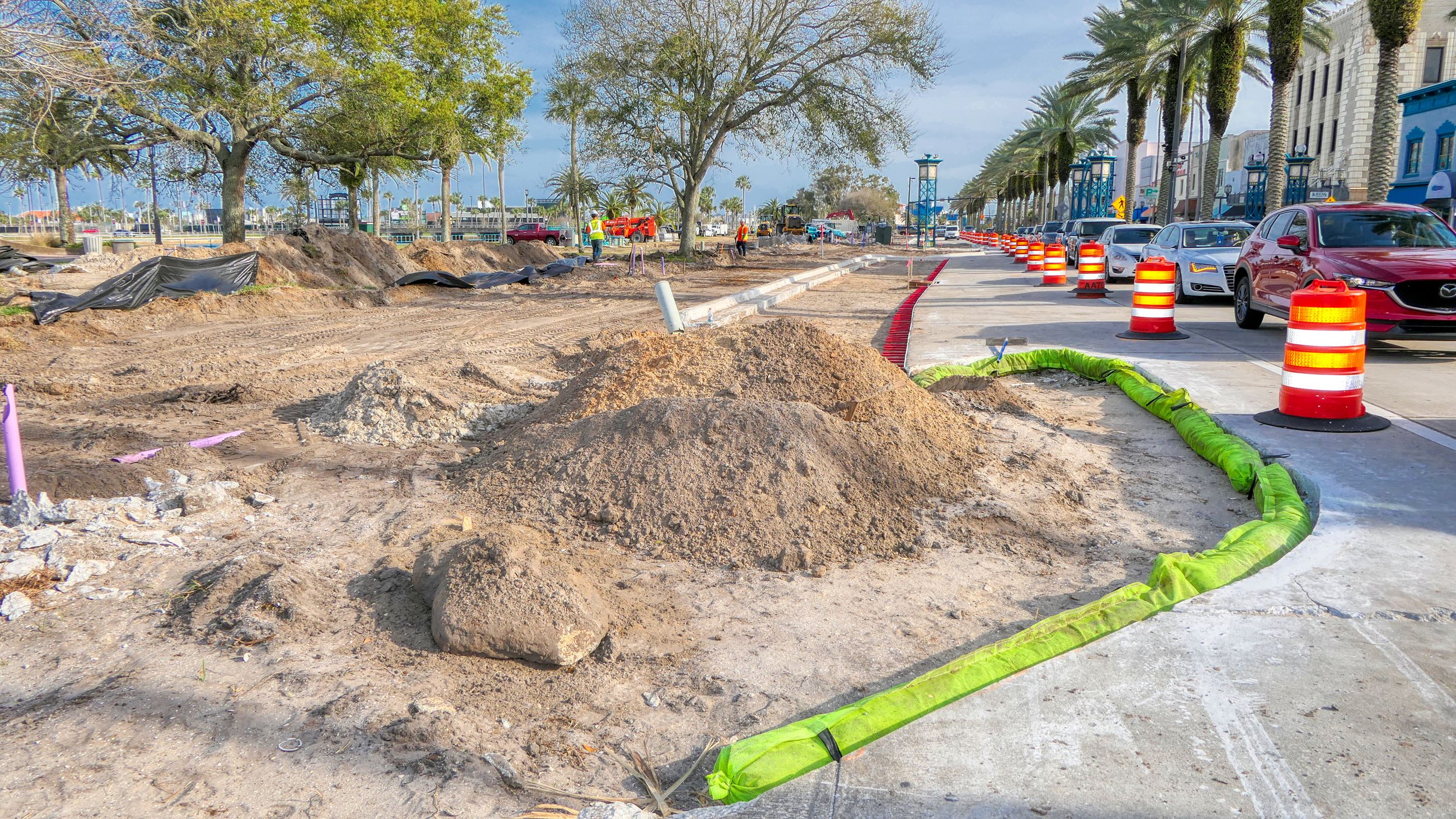 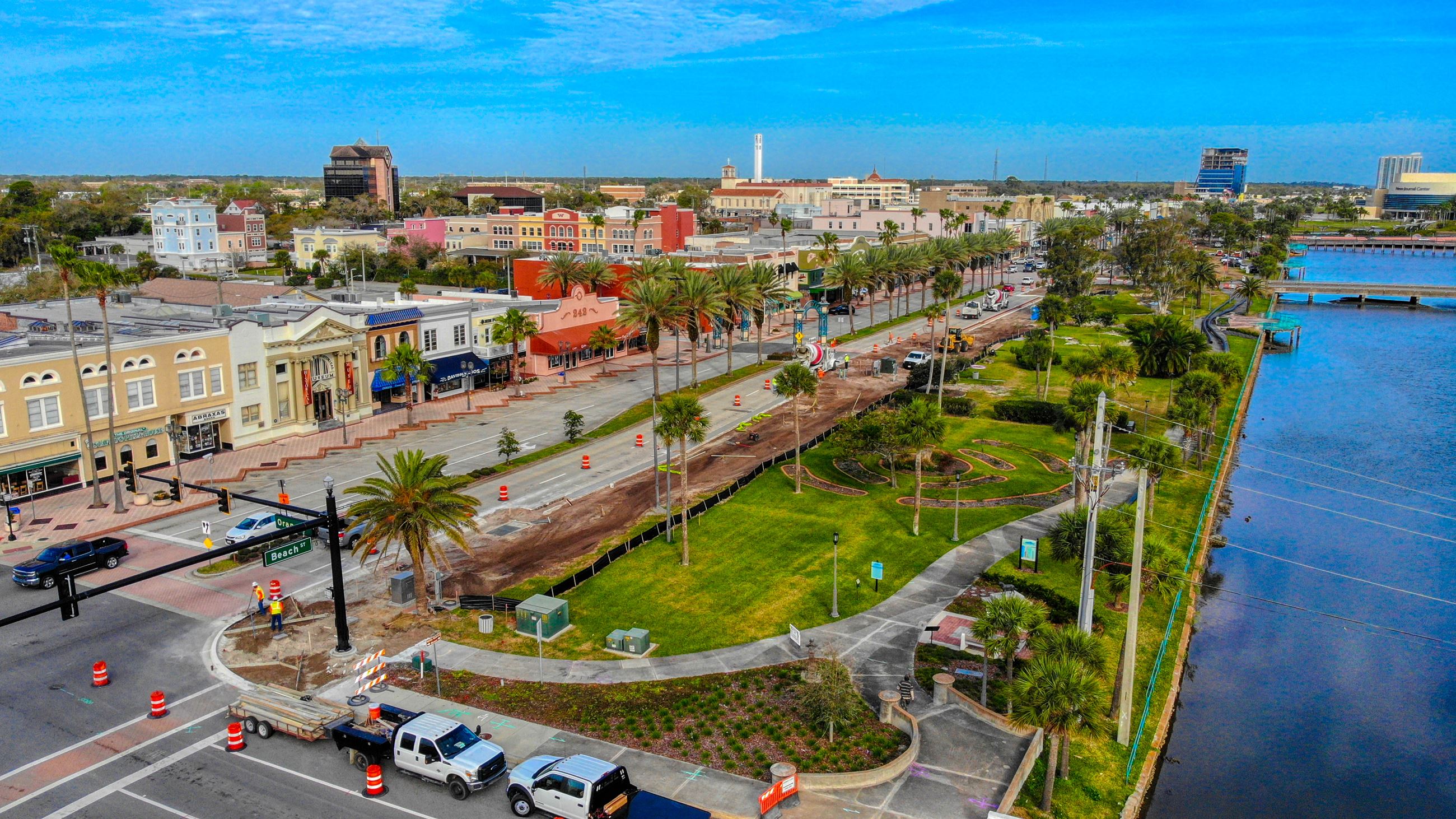 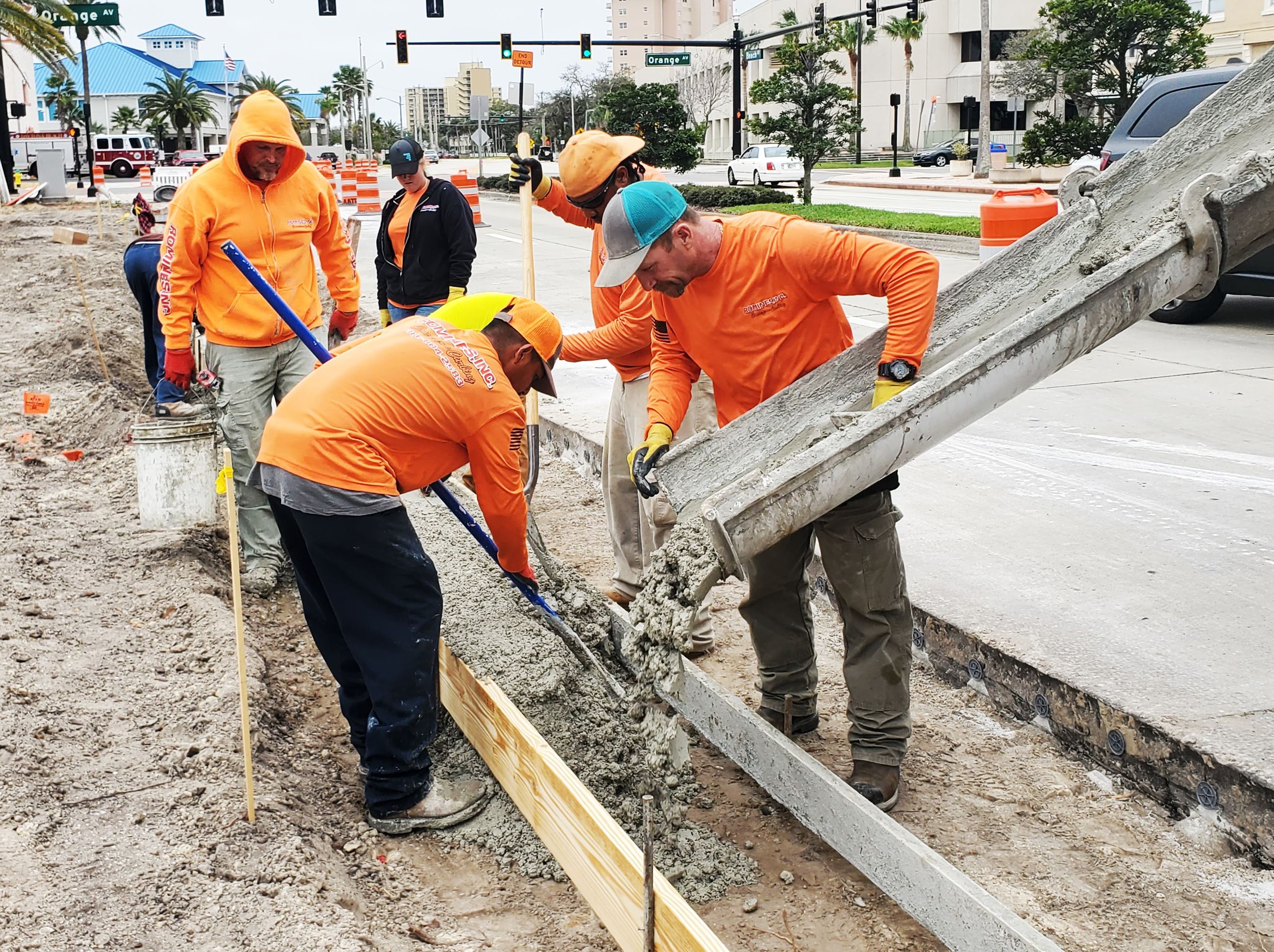 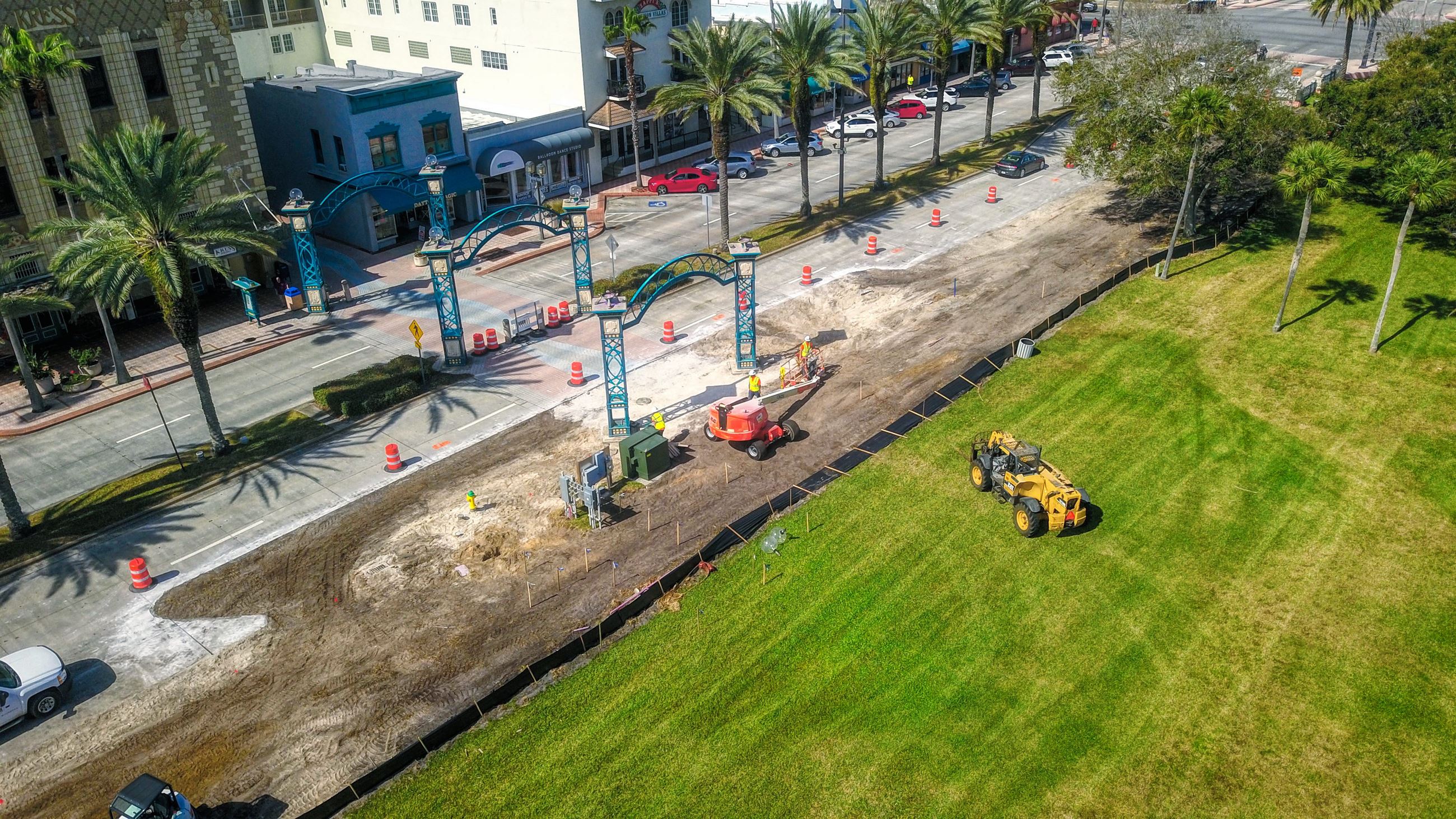 Background on the Beach Street Streetscape

At the Nov. 20, 2019 City Commission meeting, the commissioners approved moving forward on the Beach Street Streetscape with the caveat that city staff must develop a plan to help mitigate the project’s impact on businesses. The streetscape, first recommended in 2010’s Riverfront Master Plan, will reduce lanes on Beach Street from Orange Avenue to Bay Street; from four lanes to two lanes in an effort to slow traffic and create a more pedestrian-friendly and destination-focused downtown. The project is being coordinated in a manner to reduce the impact to businesses while work is completed. The streetscape widens sidewalks in front of storefronts, adds shade trees, offers new and brighter lighting and reconstructs the decorative arches damaged by Hurricane Irma. The project also adds an additional 43 parking spaces along Beach Street. Updated 11/22/19

The streetscape for Beach Street, which will reduce the roadway from four lanes to two lanes, was a concept identified as a need for the area in the Riverfront Master Plan, which was approved by the City Commission in July 2010.

Traffic Engineering Data Solutions, Inc. completed a Traffic Impact Analysis of reducing the number of lanes of Beach Street from Bay Street to Orange Avenue as recommended by the Riverfront Master Plan.

Background on the Riverfront Master Plan

Prior to 2010, numerous plans for the Beach Street area were created that all came to the same conclusion – the park needed to be improved to help revitalize downtown. The Riverfront Master Plan, which the process to develop the plan began in 2004 and concluded in spring 2010 with the City Commission approving the plan, called for creating a more pedestrian-friendly atmosphere downtown and reducing the traffic lanes to two lanes. The Riverfront Master Plan was to be implemented over 15 years. A key finding of the plan was to create a pedestrian-friendly destination atmosphere further enhanced by the reduction of through traffic lanes and provision of angled parking along both east and west sides of the street. This will slow traffic and narrow the crossing distance for pedestrians moving back and forth between the Riverfront Park and the downtown shops and restaurants establishing a sense of place.

A series of three public involvement meetings were held at key points in the process - following Analysis, Program Development, and Conceptual Design - to allow the consultants an opportunity to present findings and listen to citizen’s suggestions for improvement. Additional public presentations and focus group meetings provided opportunities to test design prototypes and to obtain technical information about the site and existing facilities. The Riverfront Master Plan was also discussed at Redevelopment Board, Planning Board and City Commission meetings.